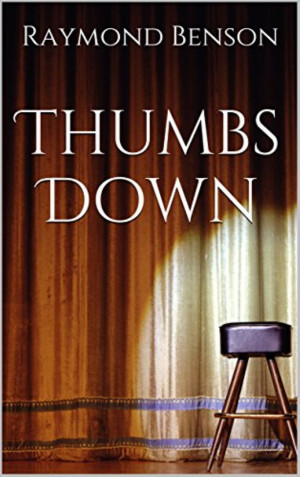 By Raymond Benson
Find out what happens when a disgruntled playwright seeks revenge on the theatre critic who panned his play.

RAYMOND BENSON. The author of over thirty titles, Raymond's latest series began with THE BLACK STILETTO (Sept. 2011), beginning a five-book saga involving a female costumed vigilante operating in the 1950s. THE BLACK STILETTO: BLACK & WHITE (2012), THE BLACK STILETTO: STARS & STRIPES (2013), and THE BLACK STILETTO: SECRETS & LIES (2014) are currently available. Follow her at http://www.theblackstiletto.net. Between 1996 and 2002, Raymond was the third--and first American--author to be commissioned by the James Bond literary copyright holders to take over writing the 007 novels. In total he penned and published worldwide six original 007 novels, three film novelizations, and three short stories. An anthology of his 007 work, THE UNION TRILOGY, was published in 2008, and a second anthology, CHOICE OF WEAPONS, in 2010. His book THE JAMES BOND BEDSIDE COMPANION, an encyclopedic work on the 007 phenomenon, was first published in 1984 and was nominated for an Edgar Allan Poe Award by Mystery Writers of America for Best Biographical/Critical Work. THE POCKET ESSENTIALS GUIDE TO JETHRO TULL was published in the UK. Using the pseudonym “David Michaels,” Raymond is also the author of the NY Times best-selling books TOM CLANCY’S SPLINTER CELL and its sequel TOM CLANCY’S SPLINTER CELL—OPERATION BARRACUDA. Raymond’s most recent original suspense novels are EVIL HOURS, FACE BLIND, SWEETIE’S DIAMONDS (the latter won the Readers’ Choice Award for Best Thriller of 2006 at the Love is Murder Conference for Authors, Readers and Publishers), TORMENT--A LOVE STORY, and ARTIFACT OF EVIL. A HARD DAY’S DEATH, the first in a series of “rock ‘n’ roll thrillers,” was published in 2008, and its sequel, DARK SIDE OF THE MORGUE, was published in 2009 and was nominated for a Shamus Award for Best Paperback Original P.I. Novel by the Private Eye Writers of America. An e-book anthology of the rock 'n' roll thrillers, THE ROCK 'N' ROLL DETECTIVE'S GREATEST HITS, is available on Smashwords. Also published in 2008 was the novelization of the popular videogame, METAL GEAR SOLID; its sequel, METAL GEAR SOLID 2—SONS OF LIBERTY, was published in the fall of 2009. Raymond is an active member of International Thriller Writers Inc., Mystery Writers of America, the International Association of Media Tie-In Writers, a full member of ASCAP, and served on the Board of Directors of The Ian Fleming Foundation of sixteen years. He is based in the Chicago area. 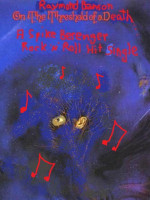 Reviews of Thumbs Down by Raymond Benson

You have subscribed to alerts for Raymond Benson.