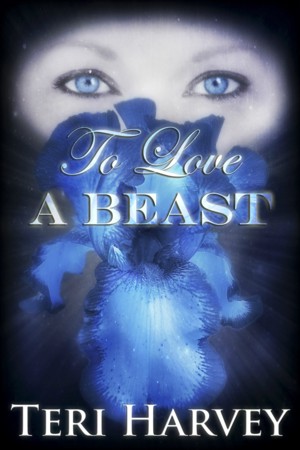 To Love a Beast

Teri Butterfly Harvey is a Regency Romance novelist from Stillwater, Oklahoma. When she is not busy working on her literary masterpieces, she is working at her local health food store and the Oklahoma Wondertorium. Teri is a graduate of Oklahoma State University with a degree in Marketing. She is a tie dye artist and has a blog on Wordpress called bflyzone (Butterfly Zone).

Mixed feelings...
I'll give the author an A for character chemistry and snappy dialogue, maybe even a B for smooth prose, as far as sentence structure goes, but that's where my praise for this book ends.

The author had a good story, but she failed to get a good editor, or any editor at all, apparently. There were tons of usage errors (winch for wench, wondered for wandered, road for rode, naiad for neighed, innocents for innocence, & patients for patience....and they were not isolated typos; these errors were repeated) There was also incorrect and missing punctuation throughout, and countless descriptive beats punctuated as dialogue tags ("I'm not going to tell," he was enjoying this game.)

Another thing that made it nearly impossible for me to sink into the story was the constant head hopping--often occurring within the same paragraph and sometimes involving more than two characters. Once I even caught it in the same sentence! "The ring was so spectacular it made her knees weak, and [male name] took pleasure in watching [female name]'s eyes light up." (sorry, won't spoil it by telling you which couple this was) Either we're in her head or his. You can't have it both ways. He can't know how her knees feel and she can't know he took pleasure in something. She can see his reaction, but she can't know.

Because of this head hopping, there was a lot of telling instead of showing, but it was worked in well, so it wasn't as obvious as I've seen with some books. Still, even though the dialogue itself was good, there weren't enough descriptive beats for me. Many times the characters seemed like 'talking heads.' I wish the author had included more descriptions to help me visualize the scenes. Don't tell me he was pleased, show me.

The other thing that left me miffed was the ending. Neither character really grew. Charles softened some, and it was nice to get to see the real him. I ended up liking him. But Maddie never changed. In fact, she got more stubborn as time went on and seemed to love him less, almost to the point it wasn't believable.

I thought he might offer her freedom at the end, causing her to admit to her feelings and choose to be with him, but that wasn't how it went. Instead, she stayed angry over her fate right to the end. I like happy endings to my romances, but this didn't feel like a happy ending to me.

Maybe the author was leaving it like this for a sequel. If so, it was a bad decision IMO.

I liked the character chemistry, and I did manage to finish the book. For that, I give it two stars.

Wow! Sexual tension until the end, loved it

(review of free book)
Mary A Martinez reviewed on May 7, 2012
(no rating)
Interesting read

You have subscribed to alerts for Teri Harvey.

You have been added to Teri Harvey's favorite list.

You can also sign-up to receive email notifications whenever Teri Harvey releases a new book.