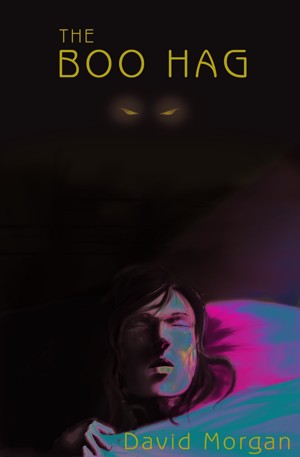 Lenny is just your normal sixteen-year-old girl. Was. Was just your normal sixteen-year-old girl. Quiet and polite. Petite. Introspective, but not to the point of isolation. Loyal? Fiercely so. Outstanding? Noteworthy? Different? No, no, and no. Or so she thought. What started as an eerie feeling, a certainty that someone had been in her room while she slept, has spiraled into something far worse. Something was in her room. Something that finds her highly different, extremely noteworthy, and intensely outstanding.

Game over? Wrong. Lenny's a fighter, and she isn't about to lie down and take what's coming to her. Enlisting the help of her best friend, a not-so-secret admirer, the hottest guy in school, one odious cheerleader, and a paranormalist teacher, Lenny is facing her fears head on, in a battle she knows can only end in death.
Available ebook formats: epub mobi pdf rtf lrf pdb txt html
First 20% Sample: epub mobi (Kindle) lrf more Online Reader
pdb
Price: $2.99 USD
Buy Add to Library Give as a Gift
How gifting works
Create Widget
Tags: paranormal supernatural teen high school
About David Morgan

David Morgan is more an idea than an actual person. Created in a sterilized 1980s laboratory with gleaming white walls, he was marked for greatness, bound to be a beacon in the sea of humanity, leading the masses to an everlasting epoch of unequaled love and prosperity. Under the flickering glow of a long fluorescent tube, he was taken pain-staking care of by a classified team of anonymous doctors, who watched, if not lovingly, at very least proudly, as he grew from idea, to germ, to bouncing baby boy. Nourished on the best things money can’t buy and taught at the feet of the greatest philosophers yet to be born, David Morgan grew into a man. And became a writer. And the doctors were all canned.

Or David Morgan was born in California, but only lived there for a short time before being whisked away to spend his formative years in Virginia Beach, Virginia. He played a lot of soccer, but only when he wasn’t parading around the neighborhood with his brother. He excelled in school right up to the point when he realized that the world would, in fact, not end if he didn’t complete his homework, and then he did okay. Above all he was nice. Or so he would have you believe. But what he won’t tell you, is that he once sent a friend hurtling down a dirt path on a bike, instructing him that on this part of the trail you have to go as fast as you can, and then David watched in delight as said friend jumped the edge of a small cliff and ended up hanging inches above a dirty creek, only separated from the stinking water by a dense patch of foliage. He won’t tell you about that.

Reviews of The Boo Hag by David Morgan

You have subscribed to Smashwords Alerts new release notifications for David Morgan.

You have been added to David Morgan's favorite list.

You can also sign-up to receive email notifications whenever David Morgan releases a new book.