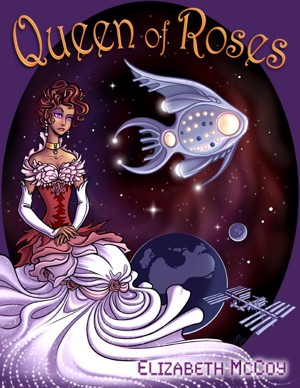 Elizabeth McCoy's fiction has appeared in Marion Zimmer Bradley's Sword and Sorceress #7, in the "Best In Show" anthology by Sofawolf*, and in the fanzine "Pawprints" (published by Conrad Wong & T. Jordan Peacock). Her tabletop RPG writing is published by Steve Jackson Games. As her author bios in SJ Games' material continually state, she lives in the Frozen Wastelands of New England, with a spouse, child, and assorted cats.

She hopes that her work will be enjoyed, and is always a bit awkward about referring to herself in the third person.

*Best in Show has been re-published as: "Furry!: The Best Anthropomorphic Fiction!" (Fred Patten, ed.) 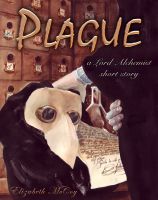 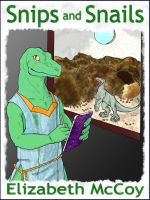 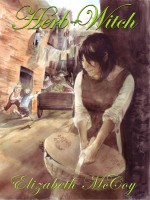 Reviews of Queen of Roses by Elizabeth McCoy

I bought this book primarily because the main character is an artificial intelligence. I'm happy to say it worked out really well for me.

In the world of this book, AIs are basically indentured servants. If they end up with decent-paying jobs and manage to avoid having to pay for too many of their own upgrades, they have a chance of becoming free AIs. Sarafina is an accountant AI who ends up becoming the main AI of a cruise ship after her bank is bought out. It's not at all the kind of work she's used to or would prefer to do – accounting didn't prepare her for dealing with biologicals on a daily basis – but she tries to adapt. At least the ship has one other AI, Pilot, who she can talk to, and she's delighted to learn that one of the ship's newest passengers is a free AI. Unfortunately, Sarafina's first cruise has problems right from the start, including stowaways, glitches that keep taking out security cameras (Sarafina's primary “eyes”), a drunken captain who hates AIs, understaffing, rapidly growing Life Support-generated algae paste, and trouble-making child-passengers.

Almost all the named characters behaved at least a little suspiciously. Belinda Keevy, a child who'd been waiting for her aunt, happened to disappear at the same time that a power surge disrupted Sarafina's memory and caused several of her security cameras to go offline. Mrs. Selsda, the child's supposed aunt, seemed remarkably unconcerned when her niece wasn't immediately found. Instead, she was more interested in gambling and flirting with either the First Officer (not surprising, since he was pretty handsome) or the Captain (very surprising, since he was a drunkard). The Captain hated AIs and might have had something to do with the apparent suicide of Sarafina's predecessor, Big Girl. Not even Sapient Loren, the free AI, was 100% trustworthy, sometimes making comments that didn't quite fit with its usually light, flirty personality.

Sarafina's POV placed sometimes frustrating limitations on the story. She didn't always pay close enough attention to things that made me wildly curious, either because she didn't know enough about human behavior to realize something odd was going on or because her programming didn't permit it. The way she existed in the ship also meant that I couldn't get a human's eye view of what was going on, and certain sensory details were missing. It felt very odd. The way she could divide her attention also made for a sometimes hectic story.

Once I got used to Sarafina and realized I was dealing with a mystery/suspense story, I enjoyed trying to keep track of various suspicious details and guess at probable suspects. I correctly guessed Loren and Roger's role in the story only a third of the way in, although there were lots of details I got wrong or didn't even consider. The absolute mess that Sarafina and the crew had to deal with, while somehow not alarming the passengers, was great fun. I laughed when the poor First Officer realized exactly how much trouble they were all in and how few resources they had to work with since the cruise ship's owner was so cheap.

For the most part, I loved how the AI aspects were handled. Sarafina was amusingly proper. There were moments when her thoughts seemed potentially a little too human, but there was nothing that felt glaringly out of place to me. The dynamic between Sarafina and Pilot, two owned AIs, and Loren, a free AI, was interesting. I was very much a fan of Loren and would love a sequel (or entire spin-off series) starring Loren and Roger (Loren's human assistant). Their relationship was one of the more fabulous things in this book, and I didn't get to see nearly as much of the two of them together as I would have liked.

That said, not all of the AI-related stuff worked well for me. AI memories and behaviors were messed with more than I would have liked. And it wasn't just villains doing it! Not only did it upset me for the AIs' sake's, I also felt that it was sloppy on the author's part, a crutch that became overused near the end.

I wouldn't call the ending of this book entirely satisfying. The whole thing with Belinda Keevy was never fully explained (and it really needed to be, because OMG the things she could do), and a few other story threads weren't completely tied up. I really, really wish there were sequels. Even so, I'm glad I read this and plan on checking out some of McCoy's other books.

There were several things in the book that didn't quite seem to fit, but most of them were explained by the end. One possible editing error I noticed, however, was Pilot's name. Originally, he told Sarafina that his real name and nickname were both Pilot. Later on, however, it was stated that the name he was given at birth was Adonis.

I have to start my review by confessing I read a lot more fantasy than I do science fiction. I enjoyed this novel a great deal. The characters were engaging and distinct, and the plot grew in suspense as it gained momentum. I thought the mystery was well built and the twist at the end wasn't one I saw coming, but made perfect sense. I look forward to reading more of Elizabeth McCoy's writing.

I’ve been pretty sick lately (just got out of the hospital today actually) but I have to post the review of the Queen of Roses by Elizabeth McCoy. I’ve been reading a lot of McCoy’s work lately and well…she’s probably one of my favorite authors. Her work is not full of epic action and world-shattering events. It is about people. McCoy has a sort of razor sharp focus that allows her to show off a particular character in a particular set of circumstances without relying on the crash and boom of more traditional stories. This isn’t to say that her work is boring, but it is a change of pace that makes me want to curl up in a chair on a rainy day and just read. Queen of Roses does this for me, it’s a sci-fi cozy, it’s what would happen if Agatha Christie wrote a science fiction novel. The book starts with a twist and it does not stop until the end (and really, not even then). Another bit I really liked is how the author differentiated between conversations between AI’s and normal folks. The basic premise of Queen of Roses is that Sarafina (a AI) is bought by a skeevy starship owner for his cruise ship…and well…you need to read the book for the rest. It’s worth it, seriously, go buy it.

I wholeheartedly recommend this story. I was swept along by the fast action and loved the distinct personalities.

(reviewed the day of purchase)
Conrad Wong reviewed on April 21, 2012

A marvelous page-turner of a story, set in a far-flung spacefaring future of which I'd definitely like to see more.

Sarafina, an AI in indenture until she can pay off her creation-debt, is purchased by the owner of a luxury liner. Almost immediately her troubles start, from adjusting to a system ten times the size of her original, to managing the myriad problems a full load of humans can cause on a liner, each one demanding her personal attention... And as if that weren't enough, there are Strange Things going on, both from the passengers and the crew.

Fortunately she has a little help... If she can sort out who's trustworthy from who's not. But ultimately this very intelligent, yet very mannered AI whose bearing will remind you of a stern librarian, must rely on her cleverness to survive, yet alone solve these riddles!

Often funny, this novel is a 'comedy of manners' set aboard a star liner, focused largely on the interactions of people, not 'teching the tech', but there are plenty of serious moments as well, and the story winds up to a tense denouement where it seems as if Sarafina is doomed no matter which way she turns. Thrilling!

(reviewed the day of purchase)
Gareth Ellzey reviewed on April 4, 2012
(no rating)
This rollicking space adventure featuring Artificial Intelligences, both free and indentured, a brat brigade, human eels, and high tech high jinks kept me up WELL past midnight, and drew me back to finish it as soon as possible. Amusing, enthralling and riveting good story. Five (5) stars

You have subscribed to alerts for Elizabeth McCoy.

You have been added to Elizabeth McCoy's favorite list.

You can also sign-up to receive email notifications whenever Elizabeth McCoy releases a new book.