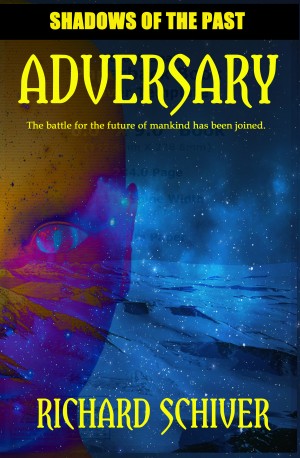 Rated 3.50/5 based on 2 reviews
They have watched from the shadows since the dawn of time.
Jealous gods who once ruled a young planet.
Seeking a return to their former glory.
Only one man stands in their way. More
Ever since he and his wife walked into the middle of an armed robbery, Washington D.C. Homicide Detective Sam Hardin has lived at the bottom of a bottle. When the smoke cleared his pregnant wife lay dying on the cold tile floor. At the hospital the doctors had only one option, save the child.

It's been five years since that dreadful night, and if Sam were to be honest with himself he would admit that he was jealous of his son Frankie's survival. But honest self discovery is the furthest thing from Sam's mind as he muddles through his daily routine.

Frankie was a special little boy for when the bullet that killed his mother wounded him in the womb, his brain was rewired in a way that allowed him to see things not visible to the average mortal. It is this special talent that will draw the attention of an otherworldly being bent on the annihilation of mankind.

A routine murder investigation snowballs into a fight to the death when Sam is drawn into the ages old battle between good and evil. He must come to terms with his own feelings of guilt in time to save his son from the shadows of the past.

Will mankind awaken one morning to new masters?

Rick Schriver’s “Shadows of the Past” is a well written tale of the age old battle between good and evil. Through a supernatural aspect, the story takes it to an entirely new level. This is definitely not a story that has been done over and over again.
The way the author’s words flow freely makes for an easy read. With well-rounded characters, you will find yourself drawing parallels to your own life. As the story progresses, the readers will no doubt see that all the character’s have something in their past that they now regret. It is wonderful to see that even fictional characters have skeletons in their closets, as so many of us do in this day and age. I highly recommend this book for anyone
one out there.

I absolutely loved the premise of this novel - what a great concept! This is a very graphic horror novel. The beginning was very engaging and the ending was engrossing and thought provoking. The middle, at times, was somewhat disjointed and overly graphic. I would have loved to have had the premise fleshed out at a more complex (and less graphic) level.