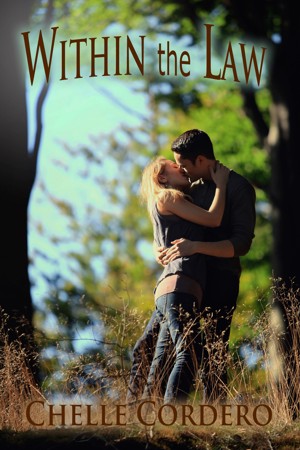 He started a career in law enforcement just so that he could find rapist... the killer who took everything that mattered to him.

Just when he is about to see justice done, he meets Alli Davis- the defense attorney for the murdering rapist who took his love from him. And now, she may be in the gravest danger. And, maybe this time, Tom will be able to save her!
Available ebook formats: epub mobi pdf rtf lrf pdb txt html
First 35% Sample: epub mobi (Kindle) lrf more Online Reader
pdb
Price: $3.99 USD
Buy Add to Library Give as a Gift
How gifting works
Create Widget
Tags: romance romantic suspense love suspense danger contemporary novel vanilla heart publishing chelle cordero within the law
About Chelle Cordero

Chelle loves writing stories of Passion & Suspense and has the following novels currently on the market: Bartlett’s Rule; His Lucky Charm; Within the Law; Courage of the Heart; Hostage Heart; A Chaunce of Riches; Common Bond, Tangled Hearts; Final Sin; Hyphema; Karma Visited; and Annie’s Karma. Her other works include the EMS Novels Bundle Pack (contains both Final Sin and Hyphema); Until the Ambulance Arrives (a layman’s guide to help deal with a medical emergency); The Many Faces of Chelle Cordero (a short story anthology); and 60+ Days to Live, Breathe and Write (based on the former long running and successful Amazon Kindle blog Living, Breathing, Writing)

Several of Chelle Cordero’s books have won various accolades including:

She also writes non-fiction articles for several newspapers and magazines.

Within the Law by Chelle Cordero Video
Tom gave up on ever falling in love again the day that he buried his high school sweetheart and fiancé. He started a career in law enforcement just so that he could find her murderer and rapist. Just when he is about to see justice done, he meets Alli Davis-the defense attorney for the murdering rapist who took his love from him.

Reviews of Within the Law by Chelle Cordero

You have subscribed to alerts for Chelle Cordero.

You have been added to Chelle Cordero's favorite list.

You can also sign-up to receive email notifications whenever Chelle Cordero releases a new book.