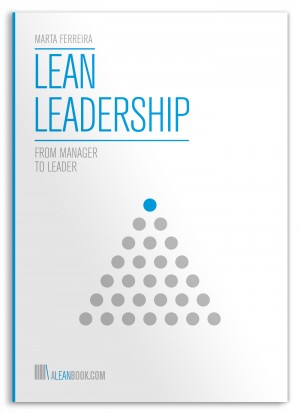 Lean Leadership : From Manager to Leader

By Marta Ferreira
Lean Leadership tells the story of Charlie, a manager in a chocolate factory, and his team. With the company under threat from widening global competition, there is an urgent need for change. Charlie, struggling with his own health challenges as well as the company's challenges, needs to do things differently. He needs to transform himself from manager to leader. More
As a leader or manager, your job is to work with your team to meet your organization’s goals. But as you know, that’s not always as simple as it sounds. It’s very easy to be busy but never really get anything done; always rushing but never really sure how what you’re doing fits into the bigger picture.

If this sounds familiar, then Lean Leadership has been written for you.

Lean Leadership tells the story of Charlie, a manager in a chocolate factory, and his team. With the company under threat from widening global competition, there is an urgent need for change. In the past Charlie has taken on every problem as his to solve alone. Now, as he struggles with his own health challenges as well as the company’s challenges, he needs to do things differently. He needs to transform himself from manager to leader.

Whether you are an experienced senior manager, new to management, or a student of leadership, you’ll find Lean Leadership provides fresh insight into this often complex world in a readable and entertaining way. You’re guaranteed to come away energized and inspired.

"Simply shows how the lean methodology can be used to manage effectively. A great book that should be read by all – from managers to operations staff. The more people that are aware and utilize the concepts the more dynamic and efficient business will become."
Nina Muhleisen, Toyota Manufacturing Corporation Australia.

“What I liked about the book was the lack of management jargon, making the book easy to follow and understand. Demonstrates, in a practical and unique way, how to get better business results, particularly in operational environments.”
Ron Locke, Former Barclays Bank IT Director, UK

“I found the book brought out many of the behavioral aspects that would not have been achieved via the alternative 'text book' approach. It explores subtle themes such as resistance to change, disconnection across teams, and lack of accountability. A good read for managers at all levels.”
Richard Codd, Operations Manager, Trade and Supply Chain, ANZ

Marta Ferreira Böing is a passionate advocate for the application of lean principles and methodologies to operations management, and the benefits this can bring to both organizations and their employees. She has worked in this area for her entire career, as a manager, consultant and educator.

Marta studied mechanical engineering and completed a Master of Science in Operations Management in Europe before moving to Australia.

There she joined automotive supplier TriMas Corporation, where she was promoted to Production Manager in just three months. In her next role, at Yazaki Corporation (Australian Arrow), she earned the opportunity to travel to Japan and observe lean principles and practices as applied by the pioneers of process improvement. It was on this trip that Marta learned the importance of lean culture and behaviors to lean success – that lean tools alone are insufficient for the creation of a sustainable lean enterprise. On returning to Australia, Marta worked on the introduction of lean principles to the local Yazaki operation, learning additional valuable lessons about the need to work with international cultural differences during such an implementation.

In 2007 Marta joined the ANZ Bank as Lean Advisor to the Managing Director, Operations. Since then she has driven the ongoing translation and implementation of lean principles into the banking environment. She has instigated extensive and widely used training and leadership development programs, and taken a hands-on role with a number of cultural change initiatives. As Head of Global Operational Excellence, Marta managed a team of 17 direct reports and 43 matrix reports across three regions. Her team supported behavior change programs for the bank across all divisions and regions, promoting a lean and continuous improvement culture. Marta had strategic responsibility for overseeing the project managers and driving change in processes, people and systems by preventing error reoccurrences and optimizing operations efficiency through staff engagement and skill uplift, based on the lean principles.

Marta developed an operational excellence program which was deployed across offices in Australia, India, Vietnam and New Zealand. Savings identified were valued at over $10 million as a result of 6,000 improvement initiatives implemented by more than 4,000 staff. The program was subsequently formally recognised as best practice by the well regarded international research organisation Corporate Executive Board (CEB) in 2010. She also oversaw the development and implementation of a number of other lean-based programs.

Both staff and senior management at the ANZ have recognized Marta’s work. She was selected as a winner of the CEO Recognition Program in 2010, recognizing one of the top 110 staff performances of the year (of over 48,000 staff worldwide). She was also awarded an Individual Excellence Award for Leadership. Marta is also recognized for her expertise, having been invited to speak at the conferences of a diverse range of industry groups, including health care, government, manufacturing and tertiary education.

Marta runs her own consultancy practice deploying programs similar to that described in Lean Culture. Her clients represent a wide range of industries, including health care, finance and manufacturing.

About the Series: A Lean Book

Every manager is under constant pressure to lead their team to better performance. Whether it is to reduce costs, increase quality or improve speed of service, managers are required to excel by continuing to delivering more with less.

The methodology behind the A Lean Book series is based on lean principles and best practices that will allow you to achieve all of this and more. Developing a lean thinking attitude requires discipline, consistency and, most importantly, passion to always be learning different ways of looking and dealing with the same issues.

The A Lean Book collection gives you insight into every aspect of organization management including effective leadership, culture enablement, process simplification and more. Designed to be engaging and an easy to read, each scenario and story illustrates ideas that you can take to work and start applying immediately. The intent of this collection is not to solve your problems, but to give you the appetite to become a lean thinker and a lean manager, and to create your own solutions. Discover how each title can build your ability to think lean.

Also in Series: A Lean Book

You have subscribed to alerts for Marta Ferreira.

You have been added to Marta Ferreira's favorite list.

You can also sign-up to receive email notifications whenever Marta Ferreira releases a new book.