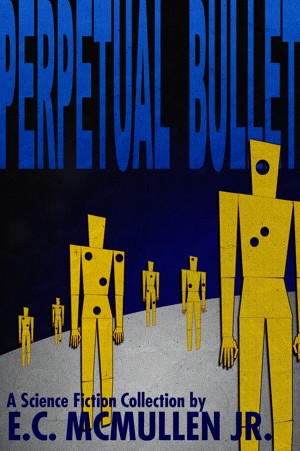 Monsters hiding among us and technology collide in a world marching toward dystopia. More
This is writer, artist, and film maker, E.C. McMullen Jr.'s first published collection.

Artist, Musician, former Stand-up comic, Writer, and creator of Feo Amante's Horror Thriller, E.C. McMullen Jr. currently works in movies and has three feature films with expected releases in 2012: The Sorrow, Mine Games, and How Hard Can It Be?

Known as Eddie or Feo to his friends, McMullen is working on his current Screenplay.

You have subscribed to alerts for Edward McMullen, Jr.

You have been added to Edward McMullen, Jr's favorite list.

You can also sign-up to receive email notifications whenever Edward McMullen, Jr releases a new book.