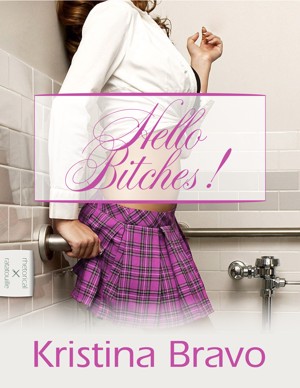 By Kristina Bravo
Hello Bitches! is not for the close-minded. Or else it might cause a heart attack. The book is about the scandalous life of Georgina Vogue and her party animal friends who lived life in hedonistic mode. The stories are told in the author’s gossipy manner of talking about socially acceptable topics like love and friendship, as well as thought-provoking subjects such as alcohol, drugs, sex… More
Hello Bitches!, a series of 30 fun open letters taken from the author’s diaries, is about the author and her nonchalant schoolgirl friends. These girls she talks about are the tough, beautiful, smart, fun, and glamorous young women who aren’t afraid to be themselves and know what they want and aren’t hesitant to admit things they don’t know. Each of the other people discussed in the book are interesting, humorous, amazing and unusual who have done some difference in the author’s life. Bluntly and unapologetically speaking, Hello Bitches! doesn’t deny the hedonism in which they participate in and out of campus.

In Hello Bitches!, readers are taken on a tour to see what goes on inside the author’s mind, which is almost the same as what’s occurring in the heads of other girls. Everything from gossip to rumors to scandals is quickly covered but never in lies. Some stories in the book may be told in a sartorial way: amusing, sarcastic, and teasing. With a little reverse psychology, the book speaks to naïve, adventure-seeking and hormone-enraged youngsters to think wisely before they make decisions. This book serves as warning to those eager to play with fire, since the author herself knows how badly one gets burned when she refuses to listen. Along with the self searching, Georgina comes across an old notebook that turned out to be her college diary. She read all the entries, laughed at the funny bits, sighed about the lonely memories but never cried. Finally, she has decided to let go. It was certainly time to forgive herself and forgive others as God has forgiven her. With this realization, she continues to write in the following months and decides to stop at the thirtieth letter. Thankful for the storms and earthquakes that shattered the author’s world, she shares the little wisdom she has learned from it all. There comes a time in a person’s life when she hates to talk, hates to go out and see people. Sometimes the best thing to do is to stay home and spend some time alone. It gives an opportunity to find one’s self again, to reminisce, to meditate, to pray and to get back up after plunging deep into the dirt.

Kristina Bravo, A.K.A. Georgina Vogue, is a spontaneous, wildly creative and unexpectedly introverted artist. She is the proud mother of one fast-growing little girl named Mi Antoinette.

Formerly a rebel, free spirit, fearless and shameless teenager, Georgina managed to record her most outrageous deeds and escapades that sent her mother running off to the principal’s office or stay up till she gets home no matter how late. Obsessed with fashion, she chose the pseudonym Georgina, after the model Georgina Wilson and Vogue for the internationally celebrated fashion magazine. She has written fashion articles as well as celebrity gossip online. She is in love with having fabulous conversations over cake and latte, and likes to hang out in coffee shops with her best friend. No, she does not smoke in front of her daughter, at her side, and not even from behind.

Despite all those nasty rumors that cloud up like a room filled with cigarette smoke, Georgina Vogue pursued her dream to be a published writer. At Rhetorical Ratatouille, she is given a chance to get her ideas to materialize in the form of a book which consists of entries that would probably shock her family, just by seeing the title alone. Nevertheless, it’s not a reason to back out. “What I have written, I have written,” as Pontius Pilate states.

What fascinated her at all times, besides her own scandalous life, were the outrageous things happening in the lives of her college friends. Inspired with glamour, scandal, secrets, tragedies, and adventure, she began to write diary entries in the form of letters to her equally happy-go-lucky and liberated friends. She does not justify her mistakes in the past. Her purpose for the coming out of these provocative, yet experience-filled stories is not to push young people or older ones to succumb to revelry and be immersed in the mere beauties that the world has to offer. Instead, she shares her learning from one mistake to another, because she always had to learn the hard way. And because of those events in her life, she realized the beauty of living: to wake up each day and be thankful for the daughter who motivates her to do great things. 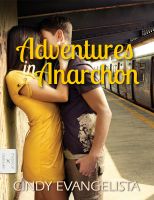 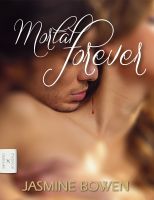 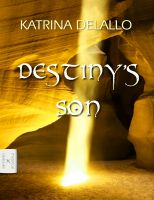 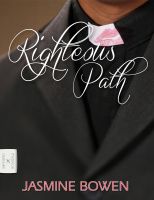 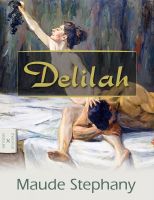 Review
kristina bravo reviewed on June 23, 2012
(no rating)
Hello bitches! Is the unexpected fruit of Kristina Bravo’s insane college life which she spent with her fellow notorious, chain-smoking, man-hunting, and sexual school mates. She writes facts in the form of gossip, and makes gossip as serious a s it could get. Her book enables us to understand more about both sexes and dealing with relationships.

You have subscribed to alerts for Kristina Bravo.

You have been added to Kristina Bravo's favorite list.

You can also sign-up to receive email notifications whenever Kristina Bravo releases a new book.