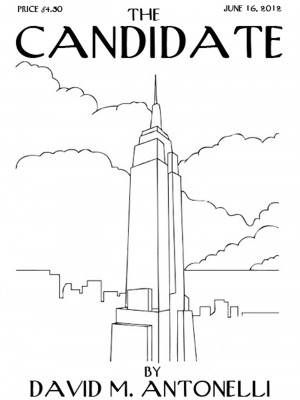 Rated 5.00/5 based on 3 reviews
A surreal comedy of outrageous proportions, The Candidate is a novel about a naive and likeable con man who bluffs his way through academia on his way to an assault on the US Presidency. Like Woody Allen's Zelig with the logic of South Park, it lampoons our pathological thirst for success and fear of failure. With a huge cast of hilarious characters The Candidate is guaranteed to entertain. More
The Candidate is a charismatic conman so afraid of failure that he is obsessed with attaining success at all costs. The novel opens when he dazzles at an academic interview and subsequently appoints himself. No one calls his bluff because everyone is afraid to admit they missed the appointment meeting that never occurred.

He rapidly rises through the ranks using his charm and a variety of scams until he becomes president of the entire university and is eventually convinced by his supporters to take a run at the White House.

The novel reaches a climax at the presidential debate in which The Candidate is dressed as an aboriginal tribal chief to secure the minority vote in a battle against Bill Clinton - going for an unprecedented third term - and a Republican candidate whose entire campaign platform is based on the legalization of drinking and driving.

The Candidate is like Peter Carey's Bliss in its blend of absurdist comedy with literary fiction, or Woody Allen's Zelig in the way it uses fantastical plot elements to lampoon our almost pathological fear of failure and thirst for success. It draws as much on my love for the Marx Brothers and W. C. Fields, as it does from my own time spent as a research scientist at Caltech. With a huge cast of bizarre and hilarious characters The Candidate is guaranteed to entertain, while turning out to be strangely prophetic of the increasingly circus-like atmosphere of the post-Trump US political landscape.
Download: epub mobi (Kindle) pdf more Online Reader
lrf pdb txt
Price: Free! USD
Add to Library
Create Widget
Tags: black comedy literary satire satire comedy election campaigns comedy about success and failure woody allen zelig peter carey bliss barry hannah spoof on academia
About David Antonelli

David Antonelli was born in Chicago in 1963. He was educated at The University of Alberta, Oxford, Caltech, and MIT. In 2010 he published his first novel The Narcissist, followed by The False Man, Inbetween, The Forest, The Mountain, The Candidate, The Architect, The Frozen Ocean, The Black Tide, The Sleep, and The Lipstick Empire. His film credits include Inbetween (2008), which was nominated for awards at several international film festivals, Finding Rudolf Steiner (Documentary, Official Selection Calgary International Film Festival 2006, now available on DVD), Lucifer Gnosis (short), Forever (16 mm short), Dreaming (16 mm short, named in top three at the Montreal International Student Film Festival, 1989), La Toyson D’Or (16 mm short), and The Chalk Elephant (16 mm short). He currently lives in Cardiff and teaches at Lancaster University. 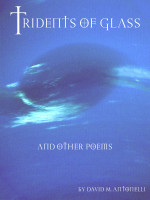 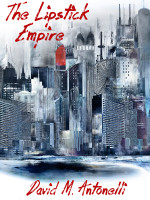 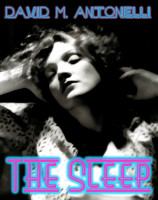 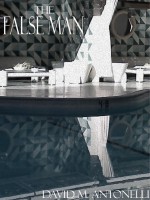 Reviews of The Candidate by David Antonelli

Wasn't expecting this one to be such a good read but I kept wanting to know more about the candidate! Great story about how not to let success go to your head. Highly recommended.

as i have read inbetween and the narcissist the candidate is much more as i have had thought. in certain cases he got my heart. i would like to know whether the author antonelli will bring this novel on paper pages as a book cause such book i miss it whithin by library.

You have subscribed to Smashwords Alerts new release notifications for David Antonelli.