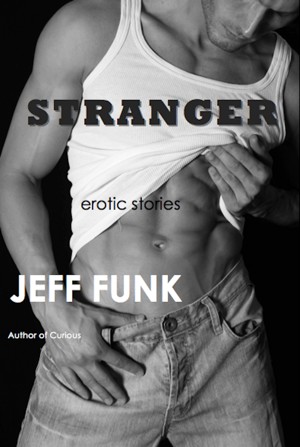 Jeff Funk has written music for twenty years published by some of the world's largest and oldest media conglomerates. His works have sold millions of copies internationally. His short stories have appeared in paperback and eBook anthologies published by Alyson Books, Cleis Press, Bold Strokes Books, Midnight Reader/Pulp Retro Throwback and Bruno Gmünder. As an actor he was billed as Crawling Man in the horror film Return in Red. He's the author of the Midnight Reader series.

Reviews of Stranger by Jeff Funk

You have subscribed to alerts for Jeff Funk.

You have been added to Jeff Funk's favorite list.

You can also sign-up to receive email notifications whenever Jeff Funk releases a new book.