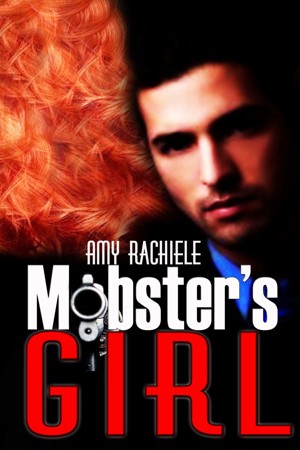 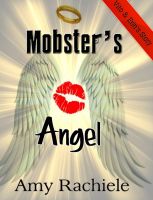 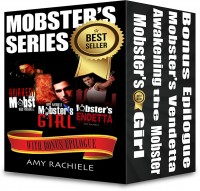 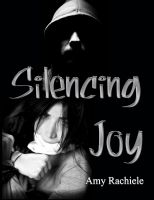 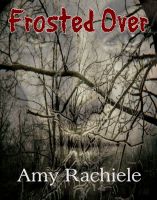 "Mobster's Girl" was definately a great read. It will keep you hooked to the end. The book starts off great and gets better and more exctiting as you read. Antonio has always wanted Megan, but what happens when you watch everything you want slip away. Antonio lifestyle puts Megan in danger, but what happens when the danger comes from someone closer to home. Will Antonio be able to save Megan when the truth comes out? The chemistry between the characters are great, nothing seems rushed and you watch the characters develop. This book also allows you to see everything from Megan's and Antonio POV. "Mobster's Girl is full of twist, lies and betrayal. It was such an easy read and the flow was great, I read it in one sitting. This book does end with a cliffhanger and you will want to find out how everything turns out. This book is definately worth reading and I look forward to reading the next book in the series

I knew three pages in to this book that I would love it and I wasn’t disappointed. The vocabulary at the beginning of each chapter and its use in the book gave a very authentic feel and made me feel very much a part of what I was reading. The characters were interesting and far from flat. My only complaint would be that the book is to short, but luckily there is a second and third book, which I will start reading as soon as I finish praising this one!

(reviewed the day of purchase)
vicky meneses reviewed on Jan. 28, 2013

I absolutely loved this story! The characters are very well developed and the mobster lifestyle and New Jersey Italian culture is deeply ingrained in this heartfelt story of forbidden love. This book is fast-paced and action packed. It barely left me time to catch my breath because once I started it, I couldn't put it down!

I loved how the book was written from each person's POV. It allowed me to fully understand the reason behind the character's actions and their love for one another.

There isn't any sex in this book and that's part of what makes it so special. The characters have known each other for years, but do not take the relationship straight to the bedroom as most current books do.

It is, indeed, a short story that ends with a very climactic twist and cliffhanger that left me wanting more. I definitely plan on picking up the second book as soon as I can!

My only complaint with this book is that there were quite a few typo's and small errors, but I was able to look over them and thoroughly enjoy the story.

*** I was given a free copy of this book in exchange for an honest review. ***

(reviewed 11 days after purchase)
Terry Dabbs reviewed on Jan. 19, 2013
(no rating)
I received this book as a gift for review.

This book was ok. I didn't really connect with the characters and it was, in my opinion, very predictable. I don't think Megan's character was as developed as Tonio. I think Megan was a bit flaky, for lack of a better word, though the author did try to make her seem strong and independent. As for Tonio, family meant everything to him. He did as he was told. No questions asked, no second guessing, no remorse. He was a hard ass, but as with Megan, the author tried to make him look sweet and loving. There was a lot of contradiction with his character and at times I actually caught myself rolling my eyes.

I also didn't feel the chemistry between the h/h. Their relationhip felt rushed even though they knew each other for years.

Overall it was an ok read, however, for me, there wasn't enough there to keep my interest.

I recieved this as a gift to read and review it!! I really liked it and didn't want it to end so soon. Can't wait to read Part Two.

This was a good read as in a "short, fun ride" kind of way. It was sweet and clever but entirely too short. There was so much opportunity for more conversations between the characters but sadly they weren't there. Even though it was short and quick I could still feel the emotions in the characters and feel compelled to find out more. Overall great story. Please....Amy Rachiele write us more next time.

I received this book for free to give an honest review.

AMAZING! I have never read an Italian book before and I found myself at times trying to read with an Italian accent. I would have to catch myself. I loved reading Megan and Antonio's story and what Antonio did for his father. Mobster's Girl is filled with some action not a lot, a lot of little teenage love, friendship, and drama. I was hooked from the first page, and now I want to read book two for sure as I want to know what else is going to happen. There was a surprise twist towards the end that I did not see coming which was pretty cool.

I enjoyed the style of Amy's writing especially when she would switch it up from Megan's pov to Antonio's pov. I thought the name of the chapter titles was interesting, as it told you the Italian verb meanings.
Megan and Antonio's love will be tested on all accounts, but will stand up between the family?

Antonio's father is the mob boss and that makes him the mob bosses son. He has his eye on the fiery red head named Megan and he has been hooked on her for years! But can they ever be together? Megan's family does not want her involved and Megan knows this until one night at a party. Opposites attract!
Read the book to find out what happens next.

There were a few editing errors, but I did not pay attention as I was too engrossed in the story to really care.

Hadn't realised this was a Young Adult book when I was gifted it to read and review. However this wasn't a problem as I enjoy reading these kind of books. The story is basically a love story between 2 young people who really shouldn't be together as they have nothing in common. Or at least that is what we are led to believe. I liked the fact the author shared some Italian words, their translation and also correct way to pronounce them. I enjoyed the 2 different perspectives in the story from each of the main characters. It was nice to see how the characters were feeling about each other immediately rather than wait till later in the story, or by just imagining how they felt. Maybe it's because I didn't over think the story, but I didn't see the twist coming until it hit me in the face! There are a few things though which I didn't like. The book isn't the longest I have read, just as the story was getting exciting it ended. The grammar/spelling isn't the best at times and I'm afraid that is something which is important to me, I do appreciate good grammar and spelling. It would have been nice to have seen a bit more of the romance and how they fall for each other. All in all this is a good read, and I am off now to buy the second one!

Received this book through the ARR program on Goodreads. This book was a surprisingly good read. The things I liked most about this book were the main characters. They were all likeable and easy to visualize. I also liked that it was a quick read with enough action to keep it moving and once I started I didn't want to put it down. There were a couple of things I did not like such as the poor editing. I felt like there were a lot of punctuation issues and grammatical errors. I also thought it was a little predictable and that the characters were somewhat one dimensional. They fit their chosen stereotypes almost to the letter which didn't leave a lot of room for them to be intriguing or a little mysterious. I felt like there was no hidden qualities about them which would have made them more interesting. The Irish girl with red hair who was kind of a good girl and never got into trouble ane the bad boy from the mob family who drank and cursed and beat people up and was trouble, just too predictable. Over all I was interested in what happened to them and look forward to the next installment.