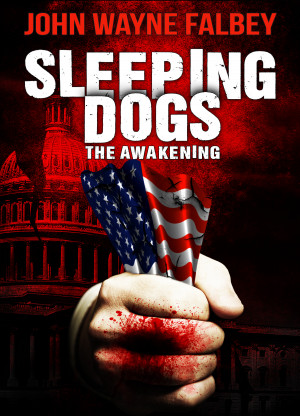 By John Wayne Falbey
A techno-political thriller, this book showcases the latest developments in technology, weaponry and genetic research. Its political intrigue and brutal defense of liberty will remind readers of Lee Child and Brad Thor. Relentlessly entertaining and thought provoking, it blends heart-stopping action with a dangerous and plausible political scenario of the country’s subversion from within. More
IBefore its collapse, the USSR created an apparatus of moles and agents and used them to infiltrate and gain control of unions, academia, entertainment, and the news media. By succeeding to the USSR’s efforts, a group of international financiers (the Alliance for Global Unity or AGU) gained control of one of America’s two political parties. Their goal is to destroy the West, principally America, and create a one-world government in which they control all things financial.
They now control Congress and the White House, with the Supreme Court basically divided. AGU’s handpicked president is up for reelection, but he has become dazzled by his own “rock star” status, and no longer follows orders. The control group determines that he must be assassinated so a new, more compliant candidate can be elected. The killing is to take place as the president delivers a Labor Day speech on the steps of the Capitol Building, but it must look as if the opposition party has done it.
In keeping with today’s polarized environment, a group of patriots from the military, intelligence, and industrial communities (the Society of Adam Smith or SAS) has formed in opposition to AGU. Two decades earlier, its leaders were part of a government team that trained a group of unique individuals code-named the Sleeping Dogs to become the deadliest hunter-killer black ops team ever. They were used on the most clandestine missions to neutralize America’s most dangerous enemies. In an effort to stop AGU’s assassination plans, SAS has reunited the Dogs.
Not only must the Dogs survive treachery and plot twists to foil the assassination attempt, they also must cripple AGU by bringing down the billionaire arbitrager who distributes funds in support of their sinister plans.
Available ebook formats: epub mobi pdf lrf pdb txt html
First 15% Sample: epub mobi (Kindle) lrf more Online Reader
pdb
Price: $0.99 USD
Buy Add to Library Give as a Gift
How gifting works
Create Widget
Tags: thriller suspense political intrigue techno thriller special ops black ops special operations political conspiracy thriller adventure technothrillers thriller and mystery thriller genre black operations political espionage thriller suspense hightech novel fiction page turner addictive action packed great story entertaining political thiller political conspiracies technology thriller geo political action technology fiction special agents thriller actiion political fiction thriller genetics thriller techno political techno political thriller
About John Wayne Falbey

John Wayne Falbey writes thrillers involving international intrigue and geopolitical actions. His debut novel, Sleeping Dogs: The Awakening, has been endorsed by Compulsory Reads and has become an internationally bestselling thriller. There now are five books in the Sleeping Dogs series about a ruthless, patriotic black ops unit hunting and eliminating America's enemies. His latest novel in the Sleeping Dog series is A Deadlier Breed. He currently is working on the sixth book in the series under the working title "Deadly Litter: The Young Pups." He also is the author of The Quixotics, an action-adventure tale of gunrunning, guerrilla warfare, and treachery in the Caribbean.

A native Floridian and former transactional attorney, Falbey lives in Southwest Florida. He invites you to visit him at www.sleepingdogs.biz, where he maintains a blog called the Writer's War Room.

About the Series: The Sleeping Dogs

The world is becoming ever more dangerous. China is on the offensive, solidifying its dominion throughout Asia and setting its sights on the rest of the planet. The Russian president intensifies his threat against the free peoples of Europe and beyond. Islamic terrorists continue to fan the flames of hatred and discord across the globe. And some of America’s most dangerous enemies are inside the Beltway.

Meanwhile, America’s government, like a modern Nero, fiddles away the country’s treasure, seemingly too oblivious or incompetent to recognize the threat. Time is running out and the patriotic shadow government known as The Society of Adam Smith doesn’t have the benefit of unlimited human and financial resources. But it does have the one resource that no one else has—the world’s deadliest team of hunter-killers, known as the Sleeping Dogs. But not all dogs make good pets—especially when they are the hounds of Hell.

Also in Series: The Sleeping Dogs

Reviews of Sleeping Dogs: The Awakening by John Wayne Falbey

You have subscribed to alerts for John Wayne Falbey.

You have been added to John Wayne Falbey's favorite list.

You can also sign-up to receive email notifications whenever John Wayne Falbey releases a new book.