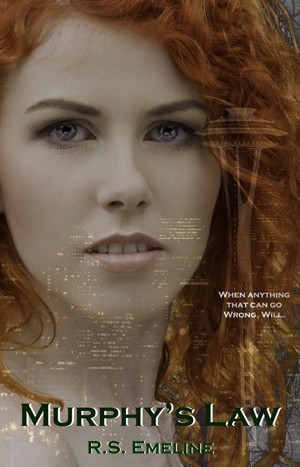 Rated 4.25/5 based on 4 reviews
Photography student Alexis MacGuire has a secret, and somebody wants to kill her for it. Now, caught in a cat and mouse game with someone known only as the Hunter she must learn to trust others, and risk her heart in the process. More
Alexis MacGuire is just like other college students. She goes to class, eats, pizza, and holds down a job. The difference is, her job could get her killed.
As the unluckiest member of a family of elite assassins, she spends her spare time jetting from one country to another neutralizing scum the government doesn’t want to be attached to--often in unconventional and unplanned ways.
When she receives an email exposing the secrets of her last job she enters into a game of cat and mouse with someone known only as the Hunter. With the help of her brother, her best friend, and an FBI agent who makes her heart skip beats, she must find the Hunter before he destroys everything and everyone she loves.
Available ebook formats: epub mobi pdf rtf lrf pdb txt html
First 20% Sample: epub mobi (Kindle) lrf more Online Reader
pdb
Price: $2.99 USD
Buy Add to Library Give as a Gift
How gifting works
Create Widget
Tags: fiction fbi romance assassin suspense
About RS Emeline

0400: The Marine flips on bathroom light--I growl. It's dark outside. Really dark, and the voices are still asleep.

0500: Heading out the door, the Marine wakes me up to say goodbye. I mumble something incoherent. It's still dark outside.

0600: Sunlight slips through my window, waking the voices in my head, just as my living, breathing alarm clock, the Munchkin climbs into bed with me. She knows it's important to share her dreams immediately.

0700: I'm dressed--usually. The Munchkin and the Niece are dressed and ready for school and work. I don my invisible cabbie hat and ignore the voices.

0800: Finished with my parental responsibilities, the voices demand to be heard.

0815: Realize the dog is crossing his legs. Take him outside.

1000: I haven't gotten anything done and the voices are whispering about a mutiny.

1400: Errands are finished. Time to relax with some chocolate and a book--not mine.

1600: Pick up the Munchkin and the Niece from work and school.

1900: Hugs, kisses, squeezes, Eskimo kisses, butterfly kisses, and forehead kisses--then Magick Tinkerfish, before the Munchkin is down for the night.

2100: Pass out face first into bed--unless husband is home.

When I read the blurb for this book, I thought the story premise sounded amusing, and I wasn’t disappointed.

The story could have gone two ways – either it could have gotten way too serious, which would have wrecked it, or it would be kept light. Thankfully, the author kept it light.

I really liked the characters, and I thought they were pretty well flushed out. Alexis cracked me up, and reminded me of my best friend (except for the assassin detail). Dane was sexy, and Naomi was a good sidekick for Alexis.

My issue in the book was the romantic development between Alexis and Dane. It seemed as though one page there was nothing but stark physical attraction, and the next they were in love. There wasn’t really time or a scene where it showed them actually really getting to know each other.

I also thought the author went a little overboard on the sexual attraction between them, and also needed to find different ways to describe what Alexis was feeling.

Overall I really enjoyed this book definitely recommend it for a good, fun read.

This book was provided to me by the author for an honest review.

I think I have started a new obsession in female heroines. I have always loved kick butt protagonists but kick butt female assassins? Even better!

This is the second book in as many days where I have been completely captivated by a story about a female assassin. I can't even tell you for sure why I have enjoyed them so much other than it is just the writing of both authors and the characters that they have created that have drew me in and held my attention. Have made me put off doing the laundry and vacuuming the floors (by the way, my husband does not thank you for that Ms. Emeline!!) and probably some other things that I really should have been doing but we are all guilty of it at some point in time. Well all of us that is, that have a passion for books and has ever been so immersed in a story that we find it hard to put down.
And even though we have fifty million other things we should be doing, don't because hey, that would require that we actually put down our book and who wants that?!

So while I was hoping I would get a great kick butt heroine once again, and thankfully did, what I wasn't expecting was to get a very creepy mystery stalker as well and a pretty steamy love interest too.

I mean seriously, an assassin, a mystery stalker and one heck of a love interest? Could this book have gotten any better?

I don't want to give anything away because you truly just need to experience this book for yourself but this really was a great fun read full of witty on liners, steamy romance, lots of action and great characters that feel very real and like people you would know and care about.

I had a lot of fun reading this one and will definitely be looking into Emeline's other work in the future.

I give this one a very solid 4 Stars!

(reviewed 9 days after purchase)
Breathe In BooKs reviewed on July 23, 2012

As master’s student by day and assassin by night, Alexis has her plate full. She has been part of the “family business” since she graduated high school and now at age 25, all she wants is a real career as a photographer and to settle into a normal life. However, nothing seems to go as she plans. Murphy always gets in the way – Murphy’s Law, that is. Anything that can go wrong, will go wrong. And Alexis’ latest assignment was no exception. After being stranded in a tree and missing her flight home, she has decided to quit. But nothing is ever that easy, at least not for her. The very night she confronts her father and tells him she is done, someone breaks into her apartment and is stalking her and has been for quite some time. He calls himself the Hunter and he is hunting Alexis.


Alexis is a trained assassin and has “neutralized” many people for the government, but when it came to her doorstep it became personal. I loved how she kept her cool when she got the first call from the Hunter. I would have freaked out, but she was calm and collected. She also has some moves that brought down a big FBI agent - gotta love a girl that can kick some ass! The Hunter’s tactics were creepy and the fact that he kept getting into her apartment to bug it was disconcerting. Not to mention the fact that he seemed to know everything about her and was always a step ahead.


I enjoyed reading Murphy’s Law and I finished the book in less than two hours. This book has everything a girl could want: action, adventure, and smexy men. Alexis and Dane’s romance was teasingly hot. I wanted to reach into the book more than once and just shove them together! Even though it was lust at first sight, their relationship grew into something that was sweet but smoking. R.S. Emeline created a cast of interesting characters that you can’t help but love. The writing is witty and funny and the story will keep you hooked from the moment you read the first paragraph. Reminiscent of the show Alias, Murphy’s Law is a fast paced ride that will keep you on the edge of your seat.

Romance, intrigue, mystery, and suspense...this book had it all in spades and I had so much fun reading it. Alexis works in the family business as an assassin although it most definitely is not her dream job. Her code name is Murphy because she has consistently bad luck when she goes out on a job. It sucks for her, but it makes for really entertaining reading.

She's been an assassin for several years and besides some really rotten luck, she's never had any real problems. But now a real problem has found her in the guise of a stalker...one who knows exactly who she is and what she does. As if that hasn't complicated her life enough, she has her own new obsession...her roommate's brother Dane, who just also happens to be an FBI agent.

There was so much I loved about Lexi's character. I love how her brain gets away from her around Dane and she says things that she plans to only think. I love how she KNOWS that she needs to stay far away from Dane, but can't resist him when he's near. Their chemistry is amazing.

Dane is a hot FBI agent. We got glimpses of him in his agent persona. If I had one wish for this book, I would have liked to have seen him in that Alpha mode a bit more when it came to Lexi's situation, but there are moments when *sigh* he was just so luscious and protective of her. I loved that.

I also really loved Lexi's brother, Van. I'm really hoping that this is going to be a series and we'll get to see him in his own book. He's a seriously sexy character. And I love that he's a twin with a whole mystery about what's happened with their other sister. Like I said, lots of intrigue in this book.

And let me just say...I was so wrong by who the bad guy was. I completely was sure that it was someone else in the book. I love it when I get it wrong like that. So fabulous! Just a great read. It definitely made for a great Sunday afternoon read!

You have subscribed to alerts for RS Emeline.

You have been added to RS Emeline's favorite list.

You can also sign-up to receive email notifications whenever RS Emeline releases a new book.