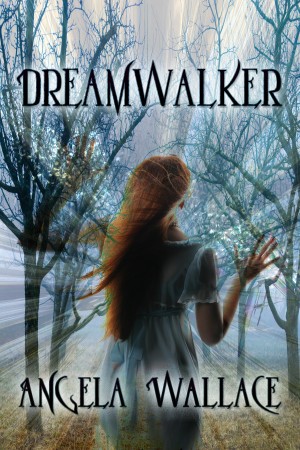 By Angela Wallace
A novella

Two dreamwalkers: one a devout soldier, the other a rogue assassin. Last one standing wins. More
A novella

After Lexa’s comrade died saving her life, she retired from the special forces and retreated to a sanctuary in the mountains. A year later, war is brewing with the neighboring country, and Lexa discovers a threat even the army can’t stand against—a dream assassin. As the only other dreamwalker in known existence, Lexa returns to the capital of Artasia and her old post to protect her country’s leaders. But is the cocky, mysterious dreamwalker who seems to be stalking her the true mastermind? Or is something even more sinister threatening not just Artasia, but the dreamscape as well? As Lexa fights to protect those she loves, she discovers a power that can transcend worlds, and a destiny she never could have imagined.
Available ebook formats: epub mobi pdf html
First 15% Sample: epub mobi (Kindle) Online Reader
Price: $2.99 USD
Buy Add to Library Give as a Gift
How gifting works
Create Widget
Tags: fantasy magic epic fantasy christian fantasy sword sorcery dreamwalking
About Angela Wallace

Angela Wallace has been penning adventures ever since she was sucked through a magical portal as a child. What she saw and whom she met gave birth to exciting and complex fantasy worlds where defying the laws of physics was a bonus. She has since come back down to earth, only to discover this mortal realm has magic of its own. Now she is quite at home in the world of urban fantasy, though believes that love, faith, and hope are of a stronger magic than fire wielding and sorcery. She loves gun-toting good boys, and could have been a cop in another life except real blood makes her queasy. She’ll have to stick to solving supernatural mysteries. Language is her pleasure, whether it’s weaving words on a page or lassoing linguistics into translations as a sign language interpreter.

Reviews of Dreamwalker by Angela Wallace

You have subscribed to alerts for Angela Wallace.

You have been added to Angela Wallace's favorite list.

You can also sign-up to receive email notifications whenever Angela Wallace releases a new book.