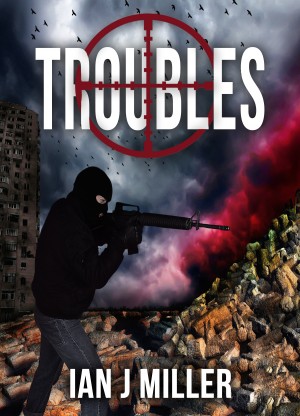 By Ian J Miller
Rated 4.50/5 based on 2 reviews
In the 2150s, the world economies are recovering. Three characters see the opportunities differently. One aims to get rich, and will kill to do so; one wants all opportunities buried in giant corporations, and uses a machine pistol to achieve this; the last, a skilled sniper, wants a return to free enterprise and law and order. Only one can win. More
By the mid 21st century the world economies had collapsed; the few wealthy live in gated communities where law is based on user pays, while the masses exist on residue-ridden food handouts in the remains of cities, where law is based on the gun. In one part of a decayed city, known as the Green Zone, two parents want a better life for their children. Jacob Adams fixes things for people in the nearest gated community. Lawrence Foster, an expert sniper, enforces order his way. Henry Adams has an ill-fated crush on Suzie Foster, but when his father is murdered, Lawrence executes the gang and uses the bounty to send Susan to college to become a lawyer. He also teaches Henry the art of killing and as he dies from the residues, he leaves Henry an armoury.

In 2051, fusion power, which will solve the energy shortage, is invented. Economies will grow, there are huge opportunities, and the world will change. By fair means or, more generally, foul means, David Sheldon ruthlessly acquires wealth and power by acquiring and trading companies. Susan Foster joins a corporation and, assisted by the machine pistol she always carries, helps it to become a monopoly. Henry, remaining in the Green Zone, has a dream in which everybody has the freedom and opportunity to flourish by themselves, free from big corporations. These three cannot coexist, so when David Sheldon and Suzie Foster turn their attention to the Green Zone, at stake is the future direction of the planet's economy as well as their, and many others', lives.

Ian J Miller was born 7th August 1942 to the son of a policeman sent to Hokitika (New Zealand) to fill vacancies due to the mass murderer Stanley Graham. Secondary education was at Ashburton High School, thence to University of Canterbury (BSc Hons1, PhD), followed by post-docs at Calgary, Southampton and Armidale. I returned to New Zealand to Chemistry Division, DSIR, to work first on lignin chemistry, then recycling, seaweed research, then hydrothermal wood liquefaction. In 1986 I left DSIR to set up Carina Chemical Laboratories Ltd, to carry out research to support the private half of a joint venture to make pyromellitates, the basis of high temperature resistant plastics. (When called to a TV program to discuss the danger of foam plastics in fires, I aimed a gas torch at the palm of my hand, protected only by a piece of foam plastic I had made shortly before. Fortunately, it worked, it glowed yellow hot, but held the heat for about half a minute.) This venture, and an associated seaweed processing venture collapsed during the late 1980s financial crisis, mostly for financial reasons. Current projects include the development of Nemidon gels (www.nemidon.co.nz/) and fuels and chemicals through the hydrothermal treatment of microalgae (www.aquaflowgroup.com/). I have written about 100 peer-reviewed scientific papers, about 35 other articles, and I was on the Editorial Board of Botanica Marina between about 1998-2008.

In my first year University, following an argument with some Arts students, I was challenged to write a fictional book. I did in spare time: Gemina. I subsequently self-published a revised version, only to find publicity was forbidden as a condition of getting my finance for the pyromellitates project. Since then, I have written a few more science in fiction thriller-type novels that don't fit nicely in any category. These form a "future history", and Puppeteer is the first of one entry point. 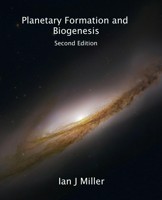 The author, in an afterword, calls this book a futuristic thriller. It is set in the 2050s, as the world attempts to emerge from a period of lawless violence known as the troubles, precipitated by energy resource shortages. The book opens with a successful test of a fusion reactor, which promises abundant energy for the future. This is the science fiction aspect of the story.
The plot creates a series of problems and proposes a variety of solutions, embodied in a number of characters. The two primary characters, Henry Adams and Susan Foster, are young people who come of age in this milieu and follow different careers. They are sufficiently fleshed out that I came to care about what happened to them. Henry is often indecisive and overwhelmed by events, a characteristic which makes him relatable and a bit annoying. Susan is a realistic rationalist.
Other characters are mainly types--bankers, criminals, industrialists, lawyers, engineers, businesspeople. There are enough of them that I sometimes struggled to remember who was who and how they related to one another. It's important to remember these details, however, because almost everyone is trying to deceive someone.
The plot is carefully constructed to show different approaches to rebuilding an economic and social structure. Free enterprise versus monopolies versus unprincipled greed are played out in scenes where characters' thought processes and arguments are described in detail. There are also action sequences in which strategies are also played out step by step. Problems addressed include the role and function of government, and a police force corrupted by government failure.
Despite the focus on business, with meetings, negotiations, offers, and deals, this is a violent world. Many quite brutal killings are carried out in the course of the story, not always by the bad guys. This adds a significant element of tension which kept my interest, especially in the final chapters, which present a shocking twist and its consequences.
The prose is plain and direct, but not elegant or polished. There are some humorous turns of phrase, especially in tense situations.
This is an interesting read, but not an easy one. It is a book relevant for the present time, when many of the issues it examines are visible in the real world.

As the book starts we are already on the other side of a dystopian meltdown. The rebuild, worldwide will be painfully slow, but progress will be made. The story is set in one small area, the area that will be served by one new power station. Some of the wealthy, in their gated communities have come through a worldwide conflagration relatively unscathed, not so most of the population.
There is a lot of excitement, heaps of intrigue, and a very clever interplay of characters in the plot. Sometimes the detail was actually too clever for me, to mathematically complex, but I breezed on to find, as I suspected, that the maths of who did what to whom and when didn't particularly matter. The story is in the series of results from the complex interplay of competing and variously empowered players.
I don't hesitate in giving this book five stars, but the proof-reader needs eliminating and replacing before the next book, just as unceremoniously as are so many of Miller's characters that fail to keep pace with this developing new social, material and financial order. One more edit would be more than worthwhile, so I hope Miller organises just that.
Miller's writing style is robust, eloquent, and fashionable short of superfluous adjectives and adverbs. This Hemingwayesque style is popular, certainly, though less plot detail and more expansive description would have enriched the reading for me. I would have liked to have been given a few more colours from the peeling paint, and a deeper penetration of the souls driving the characters. I enjoy more ingredients than a plot demands. But as it is the word count is fairly long, as I said, we see a complex sum.
The author is an intellectual thinker, with many scientific and social views about where the future might go. Miller combines this with writing very engaging fiction that works on so many levels. I certainly enjoyed reading 'Troubles'. Miller does just exactly what all good speculative fiction writers do, entertains with aplomb whilst providing food for both frivolous and serious thought.

You have subscribed to alerts for Ian J Miller.

You have been added to Ian J Miller's favorite list.

You can also sign-up to receive email notifications whenever Ian J Miller releases a new book.