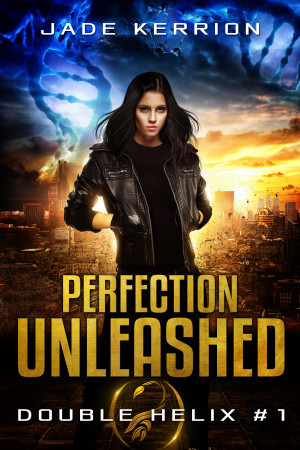 Two men, one face. One man seeks to embrace destiny, the other to escape it.

Danyael Sabre spent sixteen years clawing out of the ruins of his childhood and finally has everything he wanted--a career, a home, and a trusted friend. To hold on to them, he keeps his head down and plays by the rules. An alpha empath, he is powerful in a world transformed by the Genetic Revolution, yet his experience has taught him to avoid attention.

When the perfect human being, Galahad, escapes from Pioneer Laboratories, the illusory peace between humans and their derivatives--the in vitros, clones, and mutants--collapses into social upheaval. The abominations, deformed and distorted mirrors of humanity, created unintentionally in Pioneer Lab's search for perfection, descend upon Washington D.C. The first era of the Genetic Revolution was peaceful. The second is headed for open war. 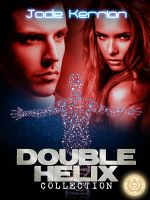 This is an action packed beginning to a larger story. The world is ours yet it isn’t. Human, vitro, mutant and clone are all labels that have changed how people see each other. Into this mix comes Galahad: the perfect life form and the story begins. This is a real page turner making me want to reach for the next one.

“Perfection Unleashed” is an astonishingly adventurous and fast-paced thriller, paranormal in the sense that many of the characters are what consensus reality considers “beyond normal,” scientific in the sense that much of what occurs in this story line is the result of rampant genetic manipulation and genetic engineering, from the quest to discover and “create” the Perfect Human, which of course creates a whole number of mutations and abominations along that path. Trial and error alone ensures that some mistakes are going to occur, and in this novel, some of those mistakes are literally monstrous.

I could not put this book aside, literally. It is so rapid-paced, so non-stop adventurous, that I found it both totally absorbing and an absolute delight to read, and am so looking forward to the next two books in the series. Author Jade Kerrion has a special touch and she definitely puts it to excellent effect in “Perfection Unleashed.”

Quite an interesting story of the mutant and human interactions. It makes it a different tale than most. I'm finding it quite frankly, hard to put down.

At the same time, quite often I was getting pulled out of the story but not ever enough to put me off completely. The story has kept drawing me back into it. Considering its her first novel I can't wait to see what she'll come out with in the future. Jade is going to be quite the powerhouse in the future in my opinion, she's definitely very gifted.

Perfection Unleashed (Double Helix) by Jade Kerrion is a futuristic sci-fi novel with mutants, genetic manipulation, clones, and lots and lots of action. The story takes place in an alternate reality world similar to ours except genetic research has created all sorts of new types of humans with fun powers like telepathy. The two main characters, Galahad and Danyael, meet after Galahad is stolen from a genetics lab where he was created with perfect DNA. The two men look identical and start a journey, along with their companions, to find out why.

The writing and editing of this self-published book is excellent, and a wonderful example of how self-publishers need to do it. I found very few errors, and most of those errors were small things like a missing quotation mark here and there. The formatting for kindle was perfect as well. I wipe my forehead in satisfaction as self-pubers are getting the message formatting, and editing does matter.

The first chapter of the book led me to think the manuscript would be about Galahad and Zara, their quest to free Galahad from the scientists, getting him classified as human, and their relationship, but once Danyael is introduced, he hijacks most of the plot. Not a bad thing, Danyael is an interesting character and has a lot of baggage in his past, but it made me wonder why the book wasn’t called Mutant Unleashed. Perhaps Galahad’s parts are larger in the second and third books, which I have copies of to read.

I enjoyed this book even though it doesn’t have a clear objective or resolution in the first one. I’m assuming the next books will reveal what the characters are trying to accomplish, and this preliminary book is more about setting up the world and all the major players in it. In the first book, the main characters are just reacting to what’s happening to them and not trying to reach any goal yet. So warning! You will have to read on to reach any type of conclusion.

Everything in the story is well-developed and sounds plausible, so you’ll have no problem suspending reality. My only concern, as I read on many aspects of the story made me think of the X-men. Perhaps it’s unavoidable to think of the X-men comics when dealing with mutants. So far, the powers of the mutants have been limited to normal stuff like empathy, telepathy, telekinesis, etc., and none of the more super power types of mutations you find in the comic. As long as giant robots don’t appear, I think we’re good.

One last thing, I wish the book explained why Galahad’s DNA is so important. Why is being a “perfect” human significant? Perhaps to the science nerd this is understood knowledge, but to us lay people who only dabble by reading science fiction, we are left scratching our head wondering. He’s attractive, strong, but doesn’t, at this time, seem to have special powers or anything. My guess the importance would lie in curing diseases and stuff like that, having a perfect pallet to start from.

In conclusion, I really enjoyed this novel and highly recommend it to anyone who likes sci-fi. It’s one of the better self-pub books out there. It gets 4 stars instead of 5 only because the story doesn’t have its own conclusion. I prefer trilogies where each book concludes its story.

You have subscribed to alerts for Jade Kerrion.