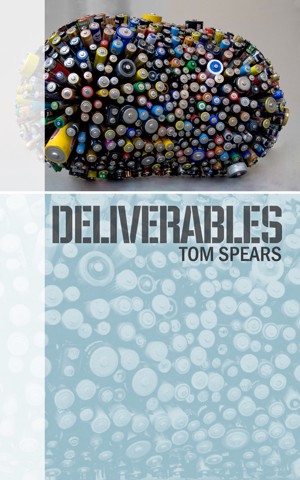 By Tom Spears
Roger Follansbee doesn't know what to do.

He's director of IT at ESS, a battery company with a new technology that will revolutionize the world of electrical energy storage. The company is pursuing a license with a German conglomerate when Roger gets a call from Geoff Sommers of the CIA, demanding he work with the Agency to gather information on the deal -- a possible national security risk. More
Roger Follansbee doesn't know what to do.

He's the director of Information Technology at ESS, a battery company with a new technology that could revolutionize the world of electrical energy generation and storage. The company is pursuing a license with a German conglomerate to help make Quantum, the new energy storage system, immediately available for multiple applications across the globe. Once the deal is announced, the company's stock price should soar, and everyone -- including Roger -- will get rich. Follansbee's future looks bright.

That is until Geoff Sommers of the Central Intelligence Agency calls him. He claims Hoeffner International, the German partner, has a questionable history of protecting sensitive technology -- and Quantum may have military applications that Roger never dreamed of.

He is torn between the loyalty owed to his employer, and it's greedy, obnoxious leader, Tony Ng, and the loyalty he owes to his country.

Deliverables is a story about Roger's decision to go against ESS, and the consequences of that decision.


Tom Spears earned a Bachelors of Science degree in Engineering from Purdue University, and a Masters in Business Administration from Harvard University. He spent twenty-seven years working for four U.S. based public Corporations. During fifteen of those years he held a title of President or Group President. Tom retired from his last Group President position in 2010 to pursue his interest in writing fiction. He still consults occasionally, having expertise in manufacturing, engineering, pricing, strategy and corporate politics. Tom lives with his wife and six children in Ashland, Nebraska.

You have subscribed to alerts for Tom Spears.

You have been added to Tom Spears's favorite list.

You can also sign-up to receive email notifications whenever Tom Spears releases a new book.