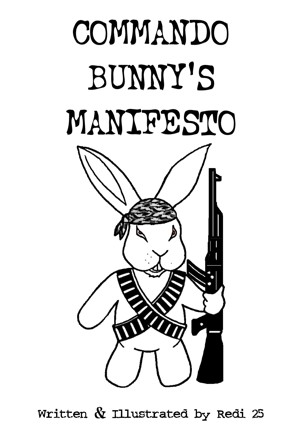 Redi was born in the fertile lands of NZ and was violently uprooted and placed in the barren wastelands of OZ.
He started drawing on everything as a child, from walls to oranges in the fruit bowl, eventually moving on to walls and train doors, as he got older.
(Hey graffiti is a legitimate form of artistic expression).
The more Redi saw the more he didn't like, so he became;

He took to becoming an evil genius, locking himself away with just his desk and ink pens, with his trusty alien toy and warped imagination, eventually creating the comic books and characters you will come to know and love.

And as Redi would say;
"Fuck 'em if they can't take a joke."

You have subscribed to alerts for Redi 25.

You have been added to Redi 25's favorite list.

You can also sign-up to receive email notifications whenever Redi 25 releases a new book.