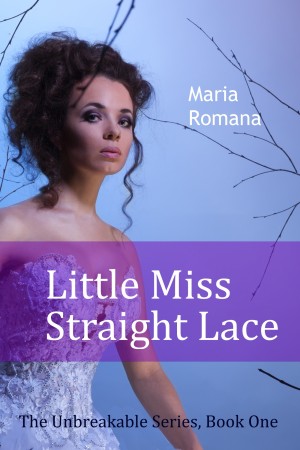 By Maria Romana
Rated 4.67/5 based on 6 reviews
When a dedicated researcher learns a bit too much about her client's new drug, the horrors from her past seem destined to return. Just as her life begins to spin out of control, a dashing computer security expert arrives from South America and seems the perfect antidote. But is his sudden arrival just the happy coincidence it seems? Find out in this 3-book series of romance, mystery, and suspense. More
The Unbreakable Series

When a dedicated researcher learns a bit too much about her client's new drug, the horrors from her past seem destined to return. Just as her life begins to spin out of control, a dashing computer security expert arrives from South America and seems the perfect antidote. But is his sudden arrival just the happy coincidence it seems? Find out in this three-book series of romance, mystery, and suspense that takes the reader on a roller coaster ride of murder, mayhem, sex, and drugs—of the pharmaceutical variety, of course—until the very last page.

Praise for the Unbreakable Series:

"Romana's characters are portrayed with skill, each is a credible person filled with foibles, warts and gaffes...the various twists and turns are handled with skill, are easily followed, and add depth and dimension often lacking in works provided by newer writers...Maria Romana's 'Little Miss Straight Lace' is a fast paced, keep 'em guessing and turning the page type read sure to intrigue readers who enjoy good writing, a bit of romance, a lot of action, and a downright good read..."
—Molly Martin, Midwest Book Review

"It was one of those books, I couldn't wait to finish, had to know what happened, but at the same time, I didn't want it to end."
—An Amazon reviewer

Read an Excerpt:
Robert spoke with open hands and a casual stance, "Look, fella, take it easy. We just—"
"O-okay, listen, I-I'll tell you the whole story. Everything. But I swear, I never did anything to her. Nobody did. Not on my watch, anyway. I took real good care of her. I swear. You gotta believe me!"
Nic's pulse quickened. He took a step closer and cocked a brow at the stocky man, "Who her?"
"Y-you know—your girl."
"My girl?"
"Y-yeah. You know...petite, brunette, pretty. Kinda..." The guy relaxed a little, pulling his hands away from the fence, and started forming an hourglass shape with them.
Nic pursed his lips. "Okay. I know what she looks like." He lifted his chin at the stocky man, "So what are you talking about? 'Your watch'. 'Took care of her'. Where? When?"
"Come on, you know..." The tattooed man looked from Nic over to Robert, as if he expected a more reasonable interrogator—a Good Cop to Nic's Bad.
But Nic insisted, "Humor me."
"Well, uh, well..."
Nic took another step.
The tattooed man gulped and started talking, "Yeah, okay. See, when I took the job, I didn't know it was her, okay? It was only when I saw her close up, in the light, that I recognized her. I remembered her from the bar. From that night last summer when I pulled her off the stool. I mean, I didn't know who she really was. I just thought she was your date, your girl or whatever, okay? I didn't know she was like...one of you."
Available ebook formats: epub mobi pdf lrf pdb html
First 25% Sample: epub mobi (Kindle) lrf more Online Reader
pdb
Price: $2.99 USD
Buy Add to Library Give as a Gift
How gifting works
Create Widget
Tags: romantic suspense multicultural murder mystery womens fiction hispanic free latino free books bluegrass free ebooks hunted series free romance ebooks for free bluegrass series in death free romantic suspense
About Maria Romana

Maria Elizabeth Romana is a second-generation Italian-American with a background in mathematics, business, and research. In other words, she's a straight-up geek...with a side of pasta. By day, she's all numbers, but at night, she transforms into Word Woman, writing about the same kinds of people and places and events that colored her make-believe world as a child. Maria prefers characters who are smart, sensitive, and strong-willed, but like you and me, not without flaws. As far as she's concerned, there's nothing more annoying than a heroine who's too stupid to live, but one who's Barbie-doll perfect is even worse. Maria likes to give her characters some cool mysteries to solve, crises to encounter, and folks to fall in love with, and she tries to do it all with a dash of humor. (Oh, and full disclosure: the headshot is at least ten years old. Maria has a lot more wrinkles and gray hair now. ;))

A good thriller romance set in the research end of the pharmaceutical industry. This is a long book - really too long to read in one sitting. The e-pub version has no chapter links; I didn't try the pdb version (pdb saves your place). Anyways, a smart heroine, a dashing Chilean hero and a good cast of supporting characters make this a good read.

This book reminded me of an old Judith Krantz or Fern Michaels saga, where the heroine is caught up in a misery or mystery of someone else's making, and has to claw her way out of it, using only her wit and skills...with maybe a little help from a handsome hero. What I liked best about it was the attention to detail. I really got to know the characters and their world, and genuinely cared about them and their experiences. Even the bad guys were well drawn, eliciting a certain amount of sympathy instead of just being flat, purely evil characters.

I will warn you that this is a long, complicated story. It's not something you're going to finish on a cross-country flight or even in a weekend. It has lots of characters, lots of layers, and lots of events taking place over a period of several months. If you're looking for a short, sweet romance or a bit of chicklit fluff, this is not the book for you. Fortunately for me, long, complicated stories that pull me in and won't let me go are exactly what I like!

Little Miss Straight Lace has a great story to tell, a great cast of characters, and a wonderful brace of villains that you enjoy hating.

Josie Natale is a bio-statistician - she makes her living checking and correlating the data produced by pharmaceutical trials. She's good at her job and has earned a reputation for being by-the-book, never fudging numbers or cutting corners - Little Miss Straight Lace. Nic Remedian is a South American security consultant brought in by Josie's best friend to investigate threatening emails that have been received by various employees and appear to be coming from a religious cult.

The relationship between Josie and Nic is wonderful to see unfold. Josie is a vibrant character and so is Nic. They work well for each other. The supporting cast of friends and family is also well-drawn and fully fleshed out, and the villains are both brilliant and scary.

My only problem with the book was the pacing. At points it would drag on, and on, and on, like the Energizer Bunny. As an example, Nic thinks he sees someone leaving Josie's apartment. He tells her about it and she thinks he's mistaken - and then NOTHING happens for chapters and chapters and chapters. I'd read something like that and would gear myself up for the action / confrontation to start and then it would just wither. It sometimes felt as if I was reading two separate books. One was a contemporary romance, and the other was a romantic suspense. For the first half of the book, it was straight contemporary with a smidge of suspense thrown in here and there, and then at the last half of the book the romantic thriller took over. I feel like the book would have been better if pacing and flow had been a bit faster.

Despite the plodding plot, it was still an enjoyable read. I was really rooting for Josie and Nic, they were a great couple. Miss Romana really nailed the chemistry between them and created something very sweet where you just ached for them to have a Happily Ever After. She delivered on that, too, in a very satisfying way.

(reviewed the day of purchase)
Mary McLaughlin reviewed on Sep. 19, 2010
(no rating)
This book is very well written and the main character, Josie is a researcher testing an abortion drug. I liked her immediately! Next you will meet Nic, the computer expert who is called in when Josie begins receiving mysterious emails after reporting the truth on the drug. The book will keep you reading as the plot thickens. A very good read!

Romana’s characters are portrayed with skill, each is a credible person filled with foibles, warts and gaffs...the various twists and turns are handled with skill, are easily followed, and add depth and dimension often lacking in works provided by newer writers.

Maria Romana’s Little Miss Straight Lace is a fast paced, keep ‘em guessing and turning the page type read sure to intrigue readers who enjoy good writing, a bit of romance, a lot of action, and a downright good read for these long hot summer afternoons.

(reviewed the day of purchase)
smartmouth reviewed on July 25, 2010

i really enjoyed this book. i read it in one sitting. looking forward too more.

A thoroughly enjoyable read. Kept me glued to my computer for a day and a half. A great mixture of romance, pharmaceutical shenanigans and pure escapism. Thanks for sharing it!!

You have subscribed to alerts for Maria Romana.

You have been added to Maria Romana's favorite list.

You can also sign-up to receive email notifications whenever Maria Romana releases a new book.