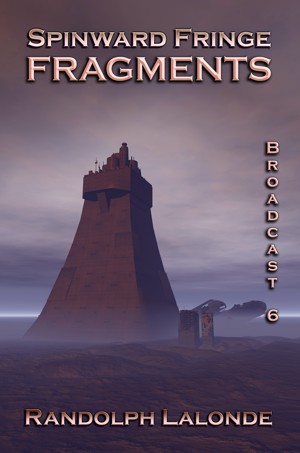 By Randolph Lalonde
Rated 4.77/5 based on 44 reviews
The crew of the Triton continue their misadventure near Ossimi Ring Station. They are forced down different paths and a fight for freedom that will cost them dearly begins. New opportunities, dangers and experiences await them all, as the Order of Eden stirs, advancing their own agenda.
Available ebook formats: epub mobi pdf lrf pdb html
First 14% Sample: lrf pdb Online Reader
Price: $2.99 USD
Buy Add to Library Give as a Gift
How gifting works
Create Widget
Tags: space opera futuristic space ship used universe first light super future
About Randolph Lalonde

(reviewed 4 months after purchase)
David Donaghe reviewed on May 22, 2020

Another great tale. I can't wait to see what happens next. I highly recommend it.

Fantastic chapter of the Spinward Fringe series. A lot of action, great twists, centered on the action rather than the details of places and people. Very interesting environment.

This book is simply awesome. A series worth getting.

(reviewed 3 years after purchase)
Esdfsdfsdf reviewed on June 14, 2012
(no rating)
Very good SciFi. Lot's of good action. Character development could use a bit more but others might disagree. Some find too much of that boring. Still, this series is great. I recommend it to any fans of action packed SciFi.

(reviewed 20 days after purchase)
alan mitchell reviewed on Dec. 6, 2011
(no rating)
Massively addictive series I cant get enough, nor wait for me. brilliant.

Deeply enthralled in the series, read 0-6 back to back and can't wait for more!

books in the series becoming better with each new one. The only problem with this book is that the next one is not available yet. It is packed with so much action that sometimes I wish events flow slower so I can reflect on more profound part of the story. Looking forward to "end of the season"

Nice continuation of the series, but, as always, leaves an annoying cliffhanger.