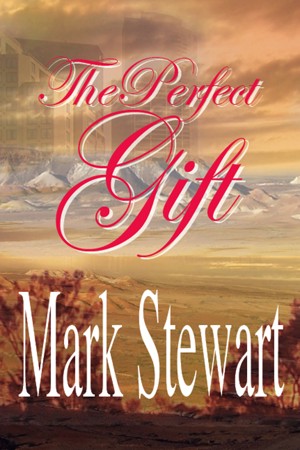 By Mark Stewart
Rated 3.54/5 based on 13 reviews
Naomi, at twenty six has had enough of men mistreating her and applied to be
A Jillaroo in outback Australia. She falls in love with a cowboy. They make a bet. From
the city of Melbourne to a fast flowing river where Trent has to save Naomi from drowning,
love germinates in a storm. Will Naomi save the cattle station from bankruptcy? Can Trent save
Naomi from her obsessive ex-boyfriend, Brandt? More
Naomi is a young woman who has had one bad relationship after another. She decides to find a temporary job and is accepted as a Jillaroo on a cattle station in outback Australia. She falls in love with Trent. He’s a cowboy and hides the fact he is a rodeo champion. Trent has to save Naomi from drowning and her obsessive ex-boyfriend. To win Naomi’s heart Trent must unravel what the perfect gift is. After hearing the cattle station is almost bankrupt, Naomi wants to help save the station. Will Trent finally win Naomi’s heart? Or will she turn her back on Trent and go back to the city?
Download: epub mobi (Kindle) pdf more Online Reader
lrf pdb txt
Price: Free! USD
Add to Library
Create Widget
Tags: romance love cowboy rain city storm lightning plane cows
About Mark Stewart

Mark Stewart is an acclaimed author. He loves to write fiction right across the board from romance adventure to crime and onwards to science fiction. His fast paced novels will keep you on the edge of your seat from the first word to the last.
Mark lives in Melbourne Australia and tries to keep to the Aussie lingo and customs. His only gripe is he never has enough time to feed the writing enthusiasm inside him.

Mark lives in the picturesque region of the Mornington Peninsula, a full one hour drive from Melbourne.
He has been married to his wonderful patient wife for over thirty years. He has four adult children and two grand children. Everywhere he looks there is a story waiting to be told.

Contact Mark to leave a comment about one of his books or just to say gidday, (hi) he would love to hear from you.
email: mark_stewart777@hotmail.com or his website www.novelmaestro.com
All reviews are gratefully accepted.
To all the readers who follow Mark's work. Thank you. 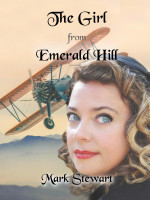 Interesting story, but one big flaw, the timeline, or lack of it.
The story starts out at a funeral, with an old lady in the casket possibly in her 60's. After some dialogue between a brother and sister, probably in their 30's, the story then shifts to when Naomi Fitzgerald (the lady in the casket) is 26 years old.
The copyright of the book is 2010, so the funeral sequence would then be considered "present day." If Naomi is was 65 at the start of the story, then when it went back to where she was 26, that would be 40 years in the past or 1970.
But at one point a reference is made to the year 2009, and there are cell phones, computers and internet, meaning the date is the same even though there should be a span of 40 years.
Interesting as to why the editor didn't catch that.

i loved reading the book it was good

It's not the worst written book I've read, but it's up there. I'm about 1/4 through and I'm hoping it will get better. So far I'm not a fan of Naomi's and the story is a bit all over the place.
Like the setting a lot, though.

OK, so I'm over 1/2 into the story now and I still strongly dislike Naomi (Notice how I'm avoiding "hate"? I'm not there yet.) and the speed her mood changes is giving me whiplash. I'll do my best to read it to the end.

Well, this just became absurd! 3 stars is honestly a stretch. Oh, and the author was rather heavy-handed with the question marks. What's with placing them at the end of regular statements over and over and over again?

I am an Australian, living overseas and was very happy to find an Australian based story. Unfortunately it left me very disappointed. Obviously very little research has been done on how things REALLY are in the Australian outback.

I didn't enjoy this book. The main character was irritating and self obsessed, the story was full of holes and didn't flow well. I did enjoy that was set in Australia.

I really enjoyed this extremely...defiantly going to read more of your work!

I read it, liked it, and am glad it was free.

i read it and liked it.

This was a great story, and the backdrop of Australia Outback makes it all the better. If you believe in love at first sight, then this is the right book.

You have subscribed to alerts for Mark Stewart.

You have been added to Mark Stewart's favorite list.

You can also sign-up to receive email notifications whenever Mark Stewart releases a new book.