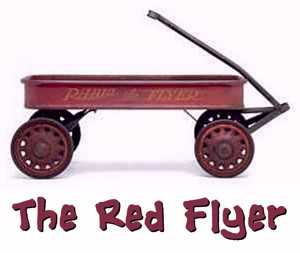 This is the prelude to an upcoming book where we step back in time with Bob. Divorce divides his life at the age of five, opens his heart to a new world. An incorrigible entrepreneur, school months are in big city, California living with Mom.

Summers become an escape to Bob's idea of heaven. He is welcomed into the lives of Aunt Mable & her significant other, "Uncle" Henry, a Tolowa Indian descendant in the inaccessible wilderness of Del Norte County, CA.

At the end of each school year, from seven to seventeen, Bob walks in eight miles on a trail along the South Fork of the Smith River to a place in the mountains called Big Flat. Roaming free, taught the ways of the Indians, he fishes & hunts, traverses streams and river, follows deer trails up and down the mountains, one with nature.

This trek leads even further into the past, with no electricity, no running water, no transportation except a mule, and no time-- everything done by the sun. Close to the extinct gold town of Hurdy Gurdy, all that are left are sixteen people; native Tolowa Indians, homesteading pioneers, and miners. They are a true microcosm of America, working and living together, instilling values in a young boy that still hold true.
Download: epub mobi (Kindle) pdf more Online Reader
rtf lrf pdb txt
Price: Free! USD
Add to Library
Create Widget
Tags: shotgun boy and his dog child adventure story respect for self and others red flyer
About Robert Chase Harris

Step back in time with Bob.

Divorce divided his life at the age of five, & he was thrust into two worlds. An incorrigible entrepreneur, school months were in big city, California, where he & his brother were boarded out or lived with their Mom, constantly moving from place to place. Bob often stayed with his Grandma, who was the only constant in that world.

Summers became an escape to Bob's idea of heaven. He was welcomed into the lives of Aunt Mable & her significant other, "Uncle" Henry, a Tolowa Indian descendant in the inaccessible wilderness area of Del Norte County, CA.

At the end of each school year, from seven to seventeen, Bob walked in eight miles on a trail along the South Fork of the Smith River to a place in the mountains called Big Flat. Roaming free, taught the ways of the Indians, he fished & hunted, traversed streams & river, & followed deer trails up & down the mountains, one with nature.

At Big Flat everything was done by the sun. As Bob was night-blind this suited him perfectly.
Close to the extinct gold town of Hurdy Gurdy, Bob was the only child among those there -- sixteen people; native Tolowa Indians, homesteading pioneers, & miners. They were a true microcosm of America, working & living close together, instilling basic values in a young boy that still hold true.

During WW2 in 1942, when Bob turned 17 his Dad signed for him to enter the Navy. By a miracle he survived. At 27, with already compromised sight, the shock of divorce, with the loss of his two children, his home, & his job, brought on complete frontal vision blindness. One day he could see. The next day he couldn't. Desperate depression followed. Alone, his Grandmother loved him back to believing in himself again.

Some months later, he walked into an Arthur Murray dance studio when he heard music & was encouraged to learn to teach. It wasn't easy, but Bob was never short on determination. Some years later Bob was personally hired as Arthur Murray's International Dance Director.

At the age of 27, when he lost all his frontal vision from what doctors said was severe "macular degeneration", it was discovered Bob also had "retinitis pigmentosis". He was told it was very unusual to have both diseases, & that he would also lose all his peripheral vision. By 50, he was almost completely blind. This forced him to resign from his job with Arthur Murray, where he now had his own studio.

One of Bob's favorite expressions is: "There's nothing wrong with my eyes. I just don't look good." Hunting wasn't safe, but gold mining, fishing, gardening, and dancing were all still do-able. Plus he was and still is, an amazing chef, a product of his Grandma's love. He continued to pass on his passion for ballroom dance, teaching hundreds on a volunteer basis in the ensuing years.

Bob began writing at the age of 78. Surviving a stroke at 83, he decided his "stories" were too important to not preserve for posterity.

Bob and I, (his wife) believe you will think so too. 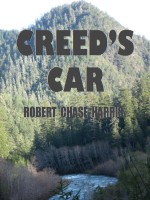 Not overly good or bad

This author did very well for a three year old.
Well written and I thoroughly enjoyed this story.

Bob's writing reminds me a little of Hemingway's - uncomplicated, yet descriptive and emotion provoking. I hope he writes more.

Warm, fun, and lighthearted! Excellent description - I got to experience the blackberry thicket, scrub brush, creek, and burrs as if I were wading through them myself. The writing style is light and warm-hearted and the tale fun and interesting - this is the kind of story I love to read.

(review of free book)
debi ecker reviewed on Aug. 6, 2012
(no rating)
What a fun and heartwarming story! Fantastic start to the book and I can't wait to read more! It made me think of my youngest son and his escapades at that age...not as daring, but just as precocious! Loved the visuals you created in the story - I felt as though I was there! Keep them coming.

This is a story the whole family can enjoy. The story of a "precosious" youngster leads us through an adventure that will thrill young and old alike. This is the first of many, I hope

As all of Bob's tales, captivating, refreshing, delightful! A glimpse into a life well lived and a time less complicated. More please!

Great short story. I worried about a small boy with a shotgun until the end. Made me laugh. More please, Bob.

You have subscribed to alerts for Robert Chase Harris.

You have been added to Robert Chase Harris's favorite list.

You can also sign-up to receive email notifications whenever Robert Chase Harris releases a new book.