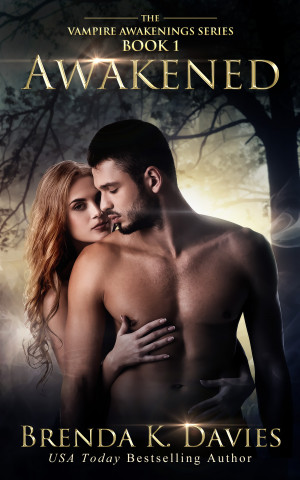 Rated 4.63/5 based on 16 reviews
Harboring a dark and deadly secret, Liam knows he should stay away from Sera. His world is dangerous for her, but he can’t deny the irresistible draw he feels. However, when Sera’s past comes crashing into the present, Liam is forced to expose his secret to save her. More
Traumatized by her past, Sera spent the last three years at college hiding from the world. She’s content to stay locked away until a chance encounter with Liam changes her life. Though she’s frightened by the powerful emotions he awakens in her, Sera finds herself opening up to him more every day.

Harboring a dark and deadly secret, Liam knows he should stay away from Sera. His world is dangerous for her, but he can’t deny the irresistible draw he feels. However, when Sera’s past comes crashing into the present, Liam is forced to expose his secret to save her.

Is their growing love strong enough to survive the savagery of Liam’s world, or will they be torn apart forever?

Download the first book in this USA Today bestselling series and see where the legacy began.

Brenda K. Davies is the USA Today Bestselling author of the Vampire Awakening Series, Alliance Series, Road to Hell Series, Hell on Earth Series, and historical romantic fiction. She also writes under the pen name, Erica Stevens. When not out with friends and family, she can be found at home with her husband, son, dog, cat, and horse.

About the Series: Vampire Awakenings

The books of The Vampire Awakenings Series.

A very good book. I read it in one sitting I could not put the ereader down. Definitely worth 5 stars

Sera used to be live and vibrant before tragedy struck and the people that were supposed to believe her, let her down in the worse way. Now in college she keeps to herself, staying close to her roommate when they are out. Until Liam comes on the scene.

Liam knew from the beginning that he should stay away from Sera, but he was pulled to her, like a moth to a flame. Even though his best friends told him to stay away from her because all it would lead to was heartache for the both of them. Did he listen? No! Can Liam make it work with Sera or will both of their pasts be the death of them.

I absolutely loved this story. Yes it took a while to get to the really good parts, but once it got there I was like hot damn, that’s what I’m talking about.

Don’t you hate it when you think someone is your best friend and you can trust them, but let a hot guy come into the picture they turn on you so fast, you get whiplash. If that hasn’t happened to you, it sure did to Sera. I mean seriously why can’t people just be happy for other people. I liked how with everything going on in the story Brenda gave Sera not one, but two haters. Though the second one didn’t come until later. You could see the trust and love that Sera had for Liam as she came out of her shell for him.

Liam was just… awesome! From the beginning he stood up for Sera and once they were together he would do anything for her and I do mean anything. They were just so cute. Once everything calmed down with the back stabbing best friend, Sera and a few friends go to a cabin to get away from the stress, but damn if the stress didn’t follow them up there, with the stress came hot vampire sex and a psycho chick that thinks your man is hers.

There wasn’t much I didn’t like about this book, a few typos, but nothing to bad. Can’t wait to read more because who wouldn’t want to read about hot vampires?

I like books with a soulmate storyline and this one has been added to my collection. A couple of additions to the plot i.e. the aggression factor but overall the book keeps to one of my all time favorite themes.

Awesome! I didn't look away from this book until the last sentence. Fabulous plot that had you crying for joy and sadness until the very end!

I finished this last night and OMG so GREAT.
In a word, FANTASTIC!!! It was so good, which is why I slept 3 hours last night. I kept saying one more page, well, one more chapter. Till it was almost 3 AM and I had to be up at 5:30 AM for Ricky.
What I love about your vampires, in every book I have read of yours, is their humanity. I think a lot of writers forget they were human beings. Your vampires are still human. Most retain their human qualities. And I simply love that they don't sparkle. Thank goodness. One of the dumbest things I had ever read. hehe In this book, and not giving much away. I hate spoilers. Just me and how I feel. In this book ( lost my train of thought ) the vampires you meet at first sill have their humanity. Love to party, drink and are in college. Fun loving guys that any women would love to meet. Our female lead is sweet, kind, shy and afraid of intimacy. Again not saying much more about her. I will say she and her vampire share a love that transcends time and will make your heart pitter patter with joy for them. I especially love the part about how they eat. Best thing I ever read. There was nothing in the book I did not love, hence, the staying up half the night. But so worth it. Would do it again. And will have to as I have the second book to read now. I will say it again, anyone sitting on the fence over giving Erica's writing a try, get off that fence and dive right on it. You will never regret it. Thank you for the writings Erica. You have made a whole group of us happy.
This author writes under another name Erica Stevens. She is on facebook with Erica name. PLEASE, check her out. You will love her writing. Just blows everyone away.

This may have been an interesting story, but I couldn't even get halfway through - the writing was terrible. Every sentence in the entire first paragraph had the exact same structure, and by the time I got to page 2, I was already bored. "Holding her books against her hip, she dug around her purse..." "Kicking the door open with her foot, she walked in..." "Reading this book on my Kindle, I wanted to stick a fork in my eye."

With some major editing and revision, this could be promising. As it stands, oh boy, is it difficult to read.

Really good book. I could not put it down and finished it in a day

love,love,loved it :) couldnt put it down :)

You have subscribed to alerts for Brenda K. Davies.

You have been added to Brenda K. Davies's favorite list.

You can also sign-up to receive email notifications whenever Brenda K. Davies releases a new book.