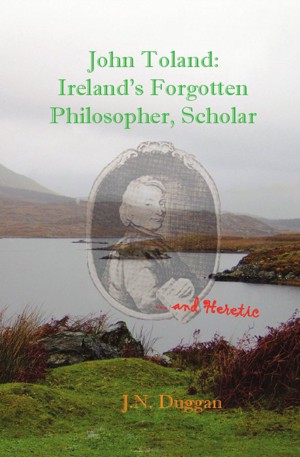 These are just some of his notable achievements yet he remains largely unknown in his home country.

Toland was born in 1670 and raised on the Inishowen Peninsula in Co. Donegal. He died in London, in 1722, the city where he had resided for most of his life, although he was also a frequent visitor to the continent. In his considerable volume of writings, he challenged political and ecclesiastical authority. He is chiefly remembered today for what was, in fact, his first work, Christianity Not Mysterious (1696) – a book which was denounced in the English and Irish Parliaments and publicly burned in Dublin.

This volume includes the most comprehensive bibliography of John Toland works available at the time of publication.

According to the author, this book "makes no claim to being a 'Life' of Toland, nor is it an exhaustive enquiry into his enormous literary output or extraordinary range of interests. I leave that to others better qualified than me. However, I hope it will serve to introduce all those young Irishmen and women who have never heard of him, to one of their most far-seeing and forward-thinking countrymen.

This is a book that will be of interest to Toland's considerable international following, as well as those who are new to the story of an interesting character from a country that has produced more than a few.

J.N. Duggan was born in Sheffield in 1938 but came to live in Ireland at the age of 12. She returned to Sheffield to train as a nurse and later did her BSc at University College Dublin.

She now lives in Galway and for the last 20 years has concentrated her time on writing historical biographies.

She is the author of the critically acclaimed biography, Sophia of Hanover: from Winter Princess to Heiress of Great Britain, 1630-1714, published in 2010 by Peter Owen Publishers, London. Having long been fascinated by the subject she translated a considerable proportion of Sophia's writings from the original French and German to reveal a remarkable portrait of a remarkable woman.

She is also the author of John Toland: Ireland's Forgotten Philosopher, Scholar ... and Heretic. She came upon the name and reputation of Toland through her research for her biography of Sophia of Hanover:

"Searching through other people’s bibliographies, I realised that he was the recognized source of information on the Courts of Hanover and Berlin in the first decade of the Eighteenth Century, and Chambers Biographical Dictionary informed me that he was an Irishman."

At present she is working on a life of Count Hans Axel Fersen, the friend and confidante of Marie Antoinette which is due to be published in 2013. 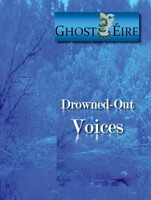 You have subscribed to Smashwords Alerts new release notifications for J.N. Duggan.

You have been added to J.N. Duggan's favorite list.

You can also sign-up to receive email notifications whenever J.N. Duggan releases a new book.