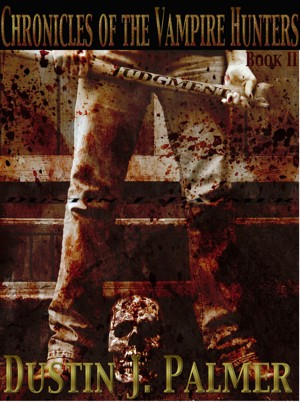 Chronicles of the Vampire Hunters: Judgment

In the war with the Vampires, humanity has only two options, lie down and die, or stand up and fight. For the Bishops and their allies there is only one option and it comes easily. The tides have turned, the prey has now become the Predator.

As the war between the Hunters and the Vampires rages on the newly formed Hunters Coalition needs every Hunter it can get. As his childhood draws to a close Jake Bishop decides to take the leap and join the fight. He, along with a handful of other recruits, sign up for the Government’s new training program. They are the next generation of Hunters. Along the way, Jake faces his restrictions both physically and emotionally. New skills will be learned, lifelong friendships will be forged, friends become enemies, and an unexpected ally will be revealed. Can Jake Bishop survive his training to take his place at his father and grandfather’s side? Will he live to be one of the deadliest Hunters? Or will he be another casualty in the war?

Dustin J. Palmer(born January 22, 1982) was born, raised, and continues to live in West Texas. From an early age he was writing "stories" on typing paper with pencil and crayons. The outlaws were usually drawn holding money bags with backwards dollar signs on them, the good guys with smoking pistols in their hands and large crooked stars on their chests. At thirteen, using his mother's state of the art word processor, Dustin wrote his first complete short story, depicting himself and his friends surviving a Russian invasion. After that he didn't work much at his writing, even though his highest grades in school and the SATs were in Writing and English. After high school he bounced around from job to job working on sales floors at Sears, back freezers at Walmart, and late nights stocking at a haunted Office Depot, until one day his wife Natasha came across a short story he'd written. With tears in her eyes she said, "I had no idea you could write like this!" and there it was, just the encouragement Dustin had been needing. Two years later, after countless rewrites, edits, plot changes, and late, late, nights(or rather early mornings), Dustin had cranked out his first book.

Today Dustin lives in Lubbock, Tx with his wife and three kids. When not writing he enjoys, fishing, camping, playing pool, gaming, and spending time with his beautiful wife of eight years. 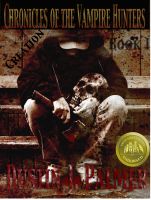 Also in Series: Chronicles of the Vampire Hunters 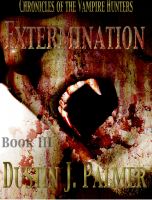 You have subscribed to alerts for Dustin J. Palmer.

You have been added to Dustin J. Palmer's favorite list.

You can also sign-up to receive email notifications whenever Dustin J. Palmer releases a new book.