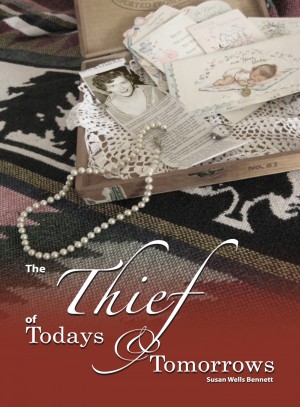 The Thief of Todays and Tomorrows

Rated 5.00/5 based on 2 reviews
When Francis DeLucia returns home at the end of WWII, he encounters a job and housing market crowded with other returning veterans. Desperate to support his growing family, Francis accepts a job from a suspected Mob boss.

Katie, his young Irish wife, does her best to support her husband. When she realizes what he may be doing to support them though, she makes a life-altering decision.
Available ebook formats: epub mobi pdf rtf lrf pdb txt html
First 20% Sample: epub lrf pdb Online Reader
Price: $2.99 USD
Buy Add to Library Give as a Gift
How gifting works
Create Widget
Tags: 1940s crime 1950s literary chicago mob phoenix the outfit
About Susan Wells Bennett

Born in 1971, I am a third-generation native Arizonan. My grandfather’s family arrived here from Missouri in 1912, just after Arizona became a state. Thanks to his stories and those of my other family members, I know how Arizona used to be and how it is today.

After years of working as an editor and a writer for local companies, I began my wished-for career as a novelist in 2009. I have completed four books so far. My fourth book, An Unassigned Life, will be published by Inknbeans Press in February 2011.

Please visit my blog to see my indie-novelist book reviews and recommendations. Visit Inknbeans.com and join their mailing list to receive coupons and up-to-date information regarding my books and the books of other Inknbeans authors. 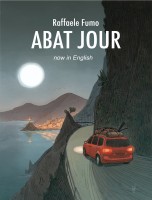 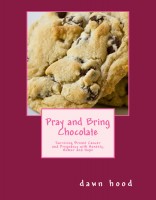 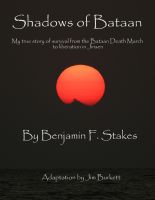 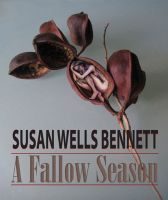 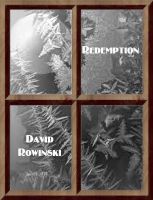 This was a great read! I enjoyed Kate's many adventures. This story starts in Chicago, rather innocently, and gets progressively more sinister. Then, Kate is forced into a choice she may not have made for herself and finds a humble new life in Phoenix. This tale is woven with skill and, like the other book I have read written by Susan Wells Bennett, shows this author's promise.

This is one of the best books I’ve read in a long time, and I found it at Smashwords. I would recommend it to anyone. A really good and easy read.

Like just about nearly every other person, I’m from Chicago and currently live in Phoenix. This is what drew me to this book. I grew up in the 60’s, so a lot of things in this book were familiar to me and the author does a good job portraying them.
This book is in two stages. The first stage begins with Katy. She is a Irish woman married to an Italian man. This alone would be enough to make your life tough but her husband, Frank, ends up getting involved with the Chicago Outfit. It begins just after World War II as returning GI’s found jobs hard to get. Frank has to take work where he can, and like a lot of guys, he starts as a mechanic for the mob and works his way up.

They dream about leaving and starting a new life but they both just keep getting deeper and deeper into it. The Outfit likes to keep their own close and the alternative is bad for your health. At the end of part one Katy has an insane choice to make and her decision makes her a wanted woman.

SPOILER ALERT
Part two starts as Katy travels to Phoenix. This was the 1950’s and not many people were coming the desert. She arrives and has nothing. She ends up taking on menial work to support herself and works for years to rebuild her life. She makes some good friends along the way but none of them know about her past. She meets a man who, for the first time in years, awakens her heart. Problem is, he’s from Chicago!

You have subscribed to alerts for Susan Wells Bennett.

You have been added to Susan Wells Bennett's favorite list.

You can also sign-up to receive email notifications whenever Susan Wells Bennett releases a new book.