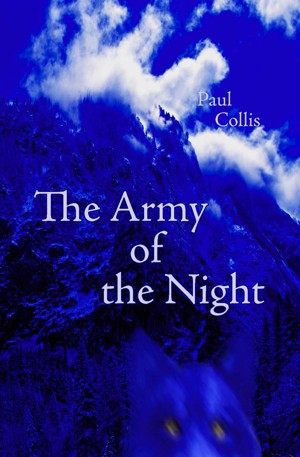 The Army of the Night

Born in Greater London.
Art school in the seventies.
The next few decades spent at ad agencies creating TV commercials in London, Milan, New York and San Francisco.
Some fishing here, some photography there.
Now thinking about the next project...

This was even better than the author's "The Scottish Movie". If you’ve read that book, you’ll recognize the broad strokes of this one's plot, which played a cameo in the longer novel. The setting and plot were offered there with a jokey nod and a wink, but the novella here is rather a serious work that can stand on its own.

It’s a quick and enjoyable read, especially if you like good historical fiction. The protagonist is one of Napoleon’s agents, though Napoleon himself and the Duke of Wellington play crucial roles. (Well obviously; how could they not?) But the emotional heart of the story centers on those who must kill, and those who will be killed, without either having much say in the matter. This includes men of various nationalities, and a small group of (Spoiler hidden). Seriously.

But it works. It’s pensive, but not a downer. Nor is it gruesome, despite the genre being an odd mix of historical military literature and a nod to Halloween. It’s quite short, and could be read between answering the door for trick-or-treaters on All Hallows Eve. But it could still put you in just the proper mood of contemplation for the Feast of All Saints the following day. As of now, it's free. Why not get it and save it for a full moon or stormy night? Or even just a quiet afternoon's reverie?

Love historical fiction like this. Fun to see what people come up with. A great one.

More, please. This would make a very good novel. Based on the quality of this story, I'm buying the author's other works.

I pulled The Army of the Night up on my iPad and settled in for a short read at 7 pm Monday night. OMG. At midnight I let the iPad rest and let out at shout! Whew! The story is gripping, one perfect word leading to another and another. Filled with everything I love – history, terror, action, adventure and mystery – all in a perfect package. Now, I need a nap! Oh, I want more.

The extended description doesn't do this tale justice. It ends where the story really takes off and grips you by the throat.I guarantee you won't be able to put it down until the end, and there's even an interestingly moral twist to that. A beautifully crafted piece of work, extremely well-written. Someone ought to make this into a movie. But not one of those hollywood vampire movies. This one has real blood and guts.

Great Story. I enjoyed the suspense and characters. I'm usually more of a zombie guy but I may have to start looking into more werewolve fiction.

You have subscribed to alerts for Paul Collis.

You have been added to Paul Collis's favorite list.

You can also sign-up to receive email notifications whenever Paul Collis releases a new book.