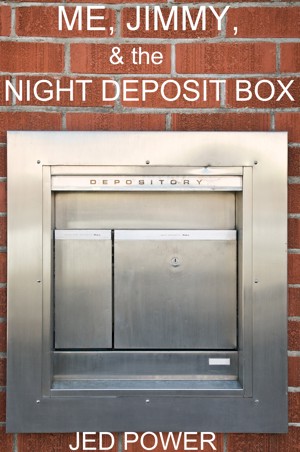 Me, JImmy, and the Night Deposit Box

By Jed Power
Two ingenious hustlers are determined to make sure money intended for bank deposit ends up in their pockets.

Jed Power is a Hampton Beach, NH based writer and an “Active” member of Mystery Writers of America.
The first four novels in his Dan Marlowe/Hampton Beach, NH mystery series, “The Boss of Hampton Beach,” “Hampton Beach Homicide, “Blood On Hampton Beach,” and “Honeymoon Hotel,” are all available in paper and as eBooks. The protagonist is Hampton Beach, NH bartender, Dan Marlowe.
The real Dan Marlowe was Jed’s father’s best friend. Mr. Marlowe wrote his crime masterpiece, “The Name of the Game is Death,” while living with the Power family in Woburn, MA. He named a character in the novel after Jed Power. Jed has returned the honor by naming his protagonist Dan Marlowe.
Also now out in Trade Paper and ebook is the first crime novel in the new Mike Malloy series, “The Combat Zone.” It is about a PI who hangs his hat in 1970’s Harvard Square and roams the Combat Zone, Boston’s red-light district. This book made it into the final cut (5 novels) for the 2014 Minotaur/Private Eye Writers of America “Best First Private Eye Novel,” competition.
Jed also collects vintage Noir/Hardboiled paperbacks, which includes, amongst many other items, the largest collection of Dan Marlowe novels, short stories, inscribed items and memorabilia.
Jed is also mentioned several times in the new Dan Marlowe biography, “Gunshots In Another Room,” by journalist Charles Kelly.
He has been published in “Spinetingler,” “Over My Dead Body,” “Hardboiled,” “Boys’ Life,” “Suspense Magazine,” “Plan B,” “Stone Cold--Best New England Crime Stories Anthology,” “The Rap Sheet,” “Yellow Mama,” “Shotgun Honey,” “All Due Respect,” “Short Story Digest,” “Near to the Knuckle,” “Naked Kiss,” “Short-Story.me,” “Twist of Noir,” “Bethlehem Writer’s Roundtable,” “Kings River Life” “Jack Hardway’s Crime Magazine,” and others.
He can be reached at jedpower@verizon.net. or https://darkjettypublishing.com 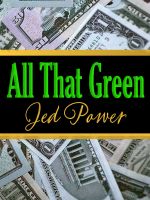 You have subscribed to alerts for Jed Power.

You have been added to Jed Power's favorite list.

You can also sign-up to receive email notifications whenever Jed Power releases a new book.