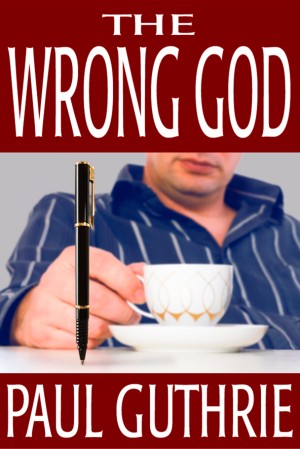 By Paul Guthrie
Since the beginnings of history people have believed in magic, but California science writer Andy Taggart is not one of them. Until the day that John Chalk, his old friend from grad school, makes a ballpoint pen rise to stand on end – untouched. From that moment Andy is caught up in John’s mystery. Why can John do things that other people can’t? And why does he think someone is watching him? More
Finalist, Science Fiction/Fantasy, 2011 Next Generation Indie Book Awards.


I am a scientist by training and vocation. I received a BA in Physics from Cornell University, followed by a Ph.D. in Astronomy from the University of Massachusetts. After graduation I went to work for NASA at Goddard Space Flight Center in Greenbelt MD. My work was primarily in the development of computer models to simulate the chemistry of the Earth’s atmosphere in order to understand ozone depletion and climate change. After thirteen years I left NASA and joined a consulting firm in San Rafael CA, working mainly on air pollution issues for the EPA. By then I was irrevocably committed to the use of computers and the development of software. In 1999 I left the environmental field entirely and became involved in developing software for biotechnology and medical applications, which I continue to do part time. Starting in 2002, however, I decided to pursue another interest, that of writing fiction. I continue to live in the San Francisco Bay area, still married to the same person after forty years. We have two grown children.

You have subscribed to alerts for Paul Guthrie.