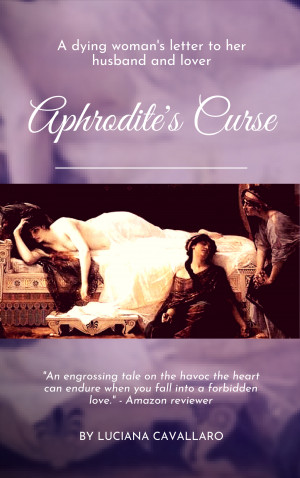 A powerful family is brought to ruin, the consequences unforeseen and irreparable. The trouble begins with King Minos who asks the gods for a bull to be sacrificed so that he may become ruler of Kretos and surrounding lands. Poseidon sends him a gift of a white bull and instead of sacrificing it, King Minos keeps it. Poseidon is angry by his supplicant’s actions and as punishment glamour’s the king’s wife, Pasiphae to lust after the bull.

The story is told by Phaedra, Theseus’ wife, who witnesses first-hand, the rise and fall of her family. She grows up in a privileged environment, a princess and daughter of King Minos. From a very early age she knows the power her father wields, but is also aware his actions may have precipitated the misfortunes that followed.

She reflects on the different and disturbing events from a detached perspective. Her tone can sometimes be one of a spoilt child, then at other times resigned and on occasion shows an uncanny insight. This retrospective musing comes from her sighting of Hippolytos, her husband’s son from a previous marriage. She falls in love with him and finds it difficult to contain this secret and eventually tells her nurse.

Phaedra asks for Aphrodite’s help, even builds a temple, however Hippolytos spurns her advances. Shamed by her actions and by his revulsion, she poisons herself, leaving a letter to her husband writing that Hippolytos had raped her.

Luciana Cavallaro’s alter ego is a high school teacher where she plugs away educating teenagers the merits of reading and ancient history. She often looks for a brick wall to bang her head when faced with disinterested looks from her students. She’s also a historical fantasy and thriller/suspense author, who creates fast-paced, action-packed series for her readers.

Born and raised in Western Australia, residing in Perth, Luciana loves to travel and since getting her passport at the ripe old age of twenty-four has visited Europe multiple times, a legacy of her Italian heritage. She enjoys being active, going out with friends, reading and tries to grow her own vegetables. She dreams of travelling again and visiting the ancient sites that inspired her stories, that is when she’s not spending time being an unofficial stunt person and knocking herself out in the process. Visit her website at https://luccav.me/

Reviews of Aphrodite's Curse: A Short Story by Luciana Cavallaro

I was guided towards Aphrodite's Curse as I have written about 'my' own Goddess.

Aphrodite's Curse is very skilfully written in that it has all the elements of the ancient deities and ancient Greece yet is written in a modern jaunty style with a sense of 'tongue in cheek' at all times....or maybe that's just me!

If you're a fan of myths and legends and Gods and Goddesses you will love Aphrodite's Curse.

(reviewed the day of purchase)
Susan Waterwyk reviewed on April 26, 2014

APHRODITE'S CURSE is a short story by Luciana Cavalero. It is written in first person from Phaedra's point of view. As a daughter of King Minos of Kretos and Queen Pasiphae, Phaedra had first-hand knowledge of legendary stories of the people and their gods. Her narration touches on the stories of Daedalos making wings and Ikaros flying too close to the sun, and the story of Persphone and Hades, and one of my all-time favorites involving Ariadne, Theseus, the Labyrinth, and the Minotaur (Asterion). Here are several story quotes from Phaedra:

"When Ariadne saw Theseus step off the ship, she became a victim of Aphrodite’s curse. It was love at first sight. Theseus was a virile man, handsome, brave and strong...
Ariadne was so smitten with Theseus that she made a decision that would affect our lives and the future of Knossos...
My sister went to Daedalos before he was imprisoned and asked him to help her. He gave her a ball of thread and a magical sword."

This is the second story by Luciana Cavalero that I've read. Once again, I will say that she brings mythology to life! These heroic and often tragic stories seem so much more believable when told by a character who lived at that time. Phaedra ends up married to Theseus, and later she also receives a tragic Aphrodite curse.

Cavalero's writing often takes on a poetic quality that tributes the ancient people who were the first to make poetry popular. Here is an example:
"...the perfume of blossoming almond and apple trees beguiled and tantalised the air; the sea of poppies: purple, white and red carpeted the plains."

APHRODITE's CURSE is an enjoyable story that I strongly recommend to lovers of ancient Greece. I felt like I was in the room with Phaedra as she told her story.

I really enjoyed the authenticity of the voice of Phaedra, the way her story is told as she is reflecting on events in her life as they come to mind rather than the more conventional linear reminiscing used by some authors but which often feels unnatural to the reader. We get to know Phaedra as an indulged princess, neglected wife and pawn in the political machinations of her countrymen and as her story unveils feel in turn disquiet at her narcissistic view on life and then empathy as she begins to have an insight into how her life had led to this final tragic event.

Well worth a second and third reading to get a feel of the many facets of Phaedra's character and how, in the end, she realises the only thing she can control in her life is her own actions.

You have subscribed to alerts for Luciana Cavallaro.

You have been added to Luciana Cavallaro's favorite list.

You can also sign-up to receive email notifications whenever Luciana Cavallaro releases a new book.