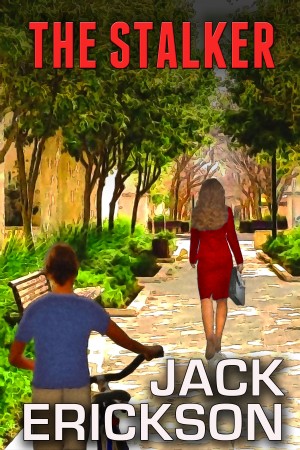 By Jack Erickson
A school boy is bullied by a classmate to follow a beautiful young woman when she gets off a bus after work. He follows her home and becomes fascinated about her private life.
He meets her professionally years later; his curiosity becomes an obsession that ends in a shocking conclusion.

He is currently writing the Milan Thriller Series featuring the anti-terrorism police, DIGOS, at Milan's Questura (police headquarters). Book I in the series is Thirteen Days in Milan. Book 2, No One Sleeps, was published in December 2016. Book 3, Vesuvius Nights, was published as an ebook in March 2019.