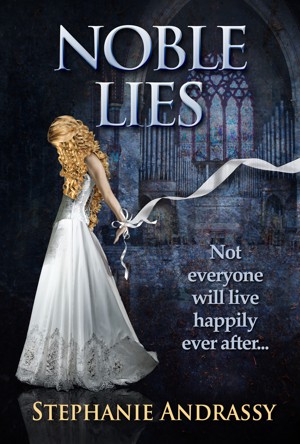 She holds a B.A. from the University of Guelph and presently resides in southern Ontario, Canada with her family. An avid reader of romance, fantasy, drama, women's literature, suspense, and non-fiction; she’s been writing for her own personal pleasure since she was a child—a lifelong love affair with the written word.

This was a very lovely book, the writing in it was great. The authors illustrates where out of this world. The characters were realistic and the plot was interesting. The beginning of this book was very good for me, then I got lost and bored but it picked back up and it was a repeat. To much information for me which isn’t a bad thing if you like this kind of thing. The author put a lot in to this book, it was well written and the flow was nice.

You'll fall in love with Emma, laugh with Jez, and want to slap Michael for the stupid choices he makes. There are so many tragedies and personal struggles, grief and lies. Churches can be to controlling and you will find in this book they are. We all have to have something to believe in to make life worth wild. Arranged marriages are never easy but when a church arranges them according to the alignment of the stars at the time of the bride's birth it is a little weird. It is hard to believe a church can have so much power and control. I find it believable this happens still in our country today. Maybe not to this level but it does. I give this book a 4 star due to the writing style and illustrates. I could have done with less information, for me it just makes the mind wonder for a little while. I do believe this author will go far in her writing but for me this book just didn’t do it. I got lost to many times. Sorry.

Noble Lies is an amazing piece for a debut novel. It takes place in an un-named country, during a time of horse drawn carriages and no electricity. No specific year is mentioned however the book does go by month/day just not chronologically.

This book is soooo long! Oh my! Not a bad thing. I mean geez I read all the Harry Potter books and we know how long they were at the end. I got about 5 hours of sleep last night after staying up all night and day reading, I finally finished around 2am. Yep I pretty much read the entire book in one sitting. I had to...it's that good and I was totally sucked in. I had to know what was going to happen next. I had to know how it was going to play out. How it was going to end.

Noble Lies is a story about nobility and the influence of the church on the Nobles. Influence as in arranged marriages. I found it curious that this religion based their "matches" on the stars at the time of the bride's birth. The focus of this novel is not on religion. They don't explain their beliefs outside of arranged marriages. They don't attend church on Sundays (at least it's not discussed). In fact you don't step into a church at all in the novel. There isn't even a mention of a bible per se. The nobles are taught specific "traditions" applied only to them based on their status by men of the church called Guardians. Guardians are above ministers and below the bishop.

This is also about love. Is love predestined in the stars? Can you fall in love with someone you've never met? Does the God and Universe you've been taught to trust really know what's best for you? All of these are questions that are asked and addressed. Can you fall in love with more than one person? Because Michael does and there in-lies the other part of this story, a love triangle. Although, not in the traditional sense.

Now, I must address my biggest issue with this story. There is a rape and it is explicit. I did not like it. It made me uncomfortable. It made me cringe. It made me pause and take a break. It made my heart race and not in a good way. It was so upsetting (to me) that I talked to my husband about it. I would have liked to know ahead of time that it was in there. I would have liked to make the decision to read it or not. I know some people are more sensitive to this for whatever reasons and I feel like there should be a disclaimer of some sort.

My other issue was that given the explicit nature of the scene I just mentioned, I would have liked it if the other sex scenes had been just as explicit with lots more love and romance. It felt like the sex was glossed over and almost not as important. That's the thing though it was important. Massively important for the parties involved. I would have liked to been more connected. I've read other "first" time scenes that have brought me to tears and I wanted that for this story. No scratch that I NEEDED it for this story. I needed my open wound to get a pretty sparkly band-aid.

One last thing, way too many exclamation points!!!! Sorry pet-peeve.

I loved Jez. She was so kind and loving. I wanted to protect her and make her happy. She was probably one of the sweetest characters I've ever read in a book. I also loved Michael (he may have cried a little too much though). I wanted him to be a little more alpha although I did understand why he wasn't. I understood his difficulties with tradition versus what was in his heart. I also loved all the supporting characters. The author does a wonderful job of helping us get to know them. I loved Emma. I found Rose to be wonderful. I thought Vincent was fantastic. In fact I think Vincent should get his own story. That way I can sort of get the epilogue I wanted.

Yes I know there was a small epilogue. I wanted more though I'm greedy like that. I didn't like how the story ended for Jez and Michael. I mean I did but I didn't. I had too many unanswered questions. I felt like the story just ended and I sat there going "huh" "um...okay".

So would I recommend this book? YES a big fat YES! It was refreshing and different and I liked it a lot.

Wow I'm pretty sure this is the longest review I've ever left LOL.

In this novel Andrassy takes on organized religion with a vengeance. She illustrates the turmoil that can come from fighting against a single, overarching church. She also illustrates the possibility of corruption in the higher ranks of a system that basically rules over society. She also brilliantly shows that together a society can fight against corrupt individuals in this system. For a while, I was starting to believe that the author was going to allow individuals in the novel to be abused without anyone ever fighting back, however, she did come back from this at the end of the novel with the upper class petitioning against the Church’s disregard for propriety and safety and demanding retribution.

In this novel Andrassy puts coming of age in a very different light with a very unique layout for arranged marriages. Individuals of the nobility are conditioned from birth to accept their mates based on the stars. I also found it astounding that for once it is the upper class of society that appears to be suffering from the injustice brought about by societal divisions.

The imagery in the scenery within this novel is absolutely breathtaking. There is not a single setting that the characters visit that you do not feel like you walked into yourself. That said, there is never a moment that is dull with drawn out descriptions. Andrassy sneaks these brilliant descriptions upon you without the reader noticing.

The characters in this novel were all very well developed. There was not a single major character that did not have a complete background. They all also had individual personalities and characteristics. However, Andrassy did not end her character development there. These characters were also physical beings that you could picture walking out of the pages of the book. They also had real relationships with each other. I don’t know how she managed it, but the author managed to work a love triangle into the novel without it being noticed by the reader until close to the end.

This was not what would stereotypically be considered a suspenseful book. That said, there were so many moments where I found myself thinking “ I did not see that coming” or “how in the world is this going to end” that There was a great deal of suspense to be found in the novel. I must say that I never thought that I would ever consider something like that a happy ending, but considering the story, that was as close to a happy ending that I could imagine.

This book was a definitely whirlwind. At the end of the novel I just found myself thinking “hunh, that’s it then.” I must say that I have never had that happen before. I found that I had to walk away from the novel to determine how I felt about it. I was extremely caught up in the story while I was reading it. It was an amazingly well written story; I definitely had no complaints on that front. The story itself was just such a heavy story that it is a lot to absorb. I thoroughly enjoyed it, but it is not a light read by any means.

This is an awesome quick read. It gripped my attention in the first chapter and held it, too tightly at times, right until the end. I don't often read romance novels, but the suspense in this book made me love it. Incredibly descriptive, painting the scene of the story but occasionally wordy. It was a great mystery/suspense with the right amount of love story. I look forward to reading more from this author.

You have subscribed to alerts for Stephanie Andrassy.

You have been added to Stephanie Andrassy's favorite list.

You can also sign-up to receive email notifications whenever Stephanie Andrassy releases a new book.