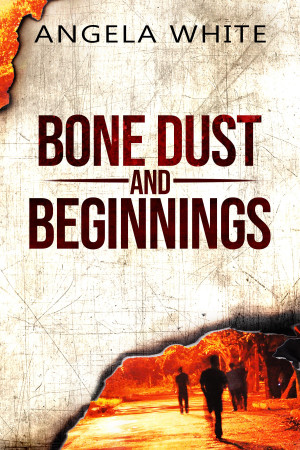 Rated 5.00/5 based on 1 review
Book one will take the new crew through their first adventure together and introduce them to the drastic changes in their world, including trolls, zombies, ghosts, and desperate vampires. If her crew can complete their quest, they’ll earn a chance to heal the rift in reality. If they fail, monsters will be here to stay and humans will become the myth. More
It All Starts Here
Long years after nuclear war devastated the world and split reality, a group of gunfighters have come from the western radiation zones, obeying a forgotten code. On an impossible quest to find those who came before them, these fighters are searching through the remnants, hoping to prove the myth of sanctuary.

Alexa culled her companions from the dwindling herd of humanity, sensing they alone may have the strength to make the journey. Each battle fought at her side tightens their bonds. For the fighters, the quest is about redemption and rebuilding what they’ve lost. For Alexa, the quest is a relentless hunt for her missing father, and nothing will stand in her way, not even the love she has for her crew.

Bone Dust and Beginnings
Book one will take the new crew through their first adventure together and introduce them to the drastic changes in their world, including trolls, zombies, ghosts, and desperate vampires. If her crew can complete their quest, they’ll earn a chance to heal the rift in reality. If they fail, monsters will be here to stay and humans will become the myth.
Download: epub mobi (Kindle) pdf more Online Reader
lrf pdb txt
Price: Free! USD
Add to Library
Create Widget
Tags: vampire adventure magic dark fantasy apocalyptic troll dystopian
About Angela White

Reviews of Bone Dust and Beginnings by Angela White

Review
Lee Willard reviewed on March 2, 2021
(no rating)
This novel is a prime example of the perils of near-future sci-fi. The premise is a nuclear war in 2012, the story itself is set in 2016 (When a much greater disaster happened) so now it is in the 'Alternate History' sub-genre. It's another post-apocalyptic tale, or should I say bloodbath. It is quite violent, but not as violent as it claims.

Some concepts examined are a race of descendants of Jesus with supernatural powers, many of whom were experimented on in government bunkers before the war. The main character is one. That Mother Nature (Gaia) is attempting to wipe out humans (Corona Virus is more effective than monsters at that) and that super-macho males will follow unquestioningly a female with supernatural powers.

There is actually a little bit of sex in this story but nothing explicit that might educate any youths. The prose is good, as good as most professionals. Sorry about the lack of star ratings but this novel, though well-done, is, like most, too violent for me to give it an objective rating.

Ties into (after?) her Life After War series (also apocalyptic).

Reading the Life After War series will shed a little more light on this story since this one seems to start right in the middle.

A good read even without reading any of the previous series. However, now that I have read the Life After War: Books 1-3, I recommend reading that series first, it will definitely make this one easier to understand.

The first two books of both series are currently free at Smashwords.

You have subscribed to alerts for Angela White.