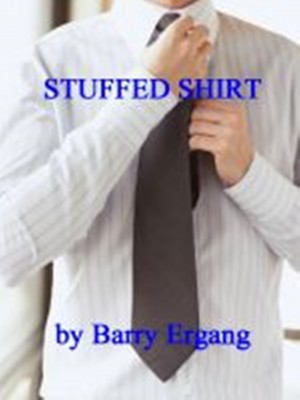 By Barry Ergang
Rated 5.00/5 based on 1 reviews
Revenge is a dish best served steaming. Eric Dennison doesn't suffer fools or offenses lightly. When Theron Claymore, the new man in the workplace, pushes matters too far, Eric resorts to drastic measures to stop him, with surprises for Claymore--and the reader.

First 52% Sample: epub mobi (Kindle) lrf more Online Reader
pdb
Price: $1.50
$1.05 USD
Buy with coupon Use the code AGB30 at checkout for 30% off during our site-wide promotion!
(Offer good through May 31, 2020 )
Have a better coupon?
Add to cart, then apply your coupon
Add to Library Give as a Gift
How gifting works
Create Widget
Tags: thriller suspense mystery revenge suspense fiction revenge murder suspense murder mysterythriller
About Barry Ergang

A tale of a man that doesn't deal lightly with fools. When Theron Claymore was hired by the Danforth Agency, artist Eric Dennison recognized him for what he was. He was soon cozying up to everyone, including the bosses, even to socializing with them.

After a few months, the insinuations didn't bother him. The stuffed shirt, hints of being gay. Eric never saw any of his co-workers away from the job and rebuffed Theron's every attempt to pull him in.

But when the man virtually hijacked his artwork on an important account, made a few modifications, and got the ad deal, Eric knew something had to be done.

We'd already gotten a few hints that Eric was more than he appeared.

Nice little tale with a fine twist along the way.