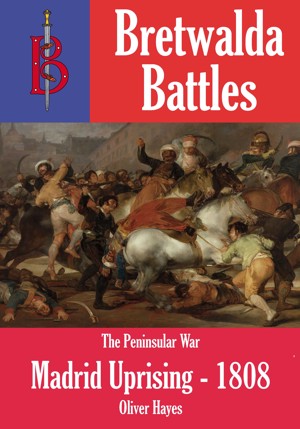 This book forms part of the Bretwalda Battles series on The Peninsular War.

The book outlines the background to the Peninsular War. It then analyses the careers of the commanders and explains the tactics and weapons of the time together with any differences between the practices of the armies involved in the battle. The book then describes the action in detail before moving on to outline events after the battle.

With 25,000 words and numerous illustrations this book is a definitive account of the battle.

This lavishly illustrated ebook is a must for anyone interested in the Peninsular War in general or the Madrid Uprising in particular.

Reviews of The Madrid Uprising 1808 by Oliver Hayes