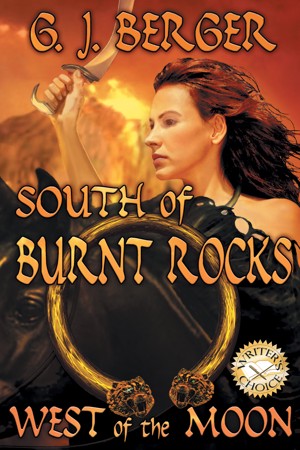 South of Burnt Rocks West of the Moon

"A wonderfully crafted balance of Roman-era drama and the fierceness of battle." Kirkus Reviews (2012

She must grow up fast and use all her cunning and courage to survive each day. At times helped only by her father's favorite dog, a special horse, or guided by spirits of the earth and sky, she strives to unite her people and oust the Roman menace. Based on real characters, places, and events, "Burnt Rocks" recreates that shadowy history--and eternal human nature rubbed raw.
Available ebook formats: epub mobi pdf rtf lrf pdb txt html
Price: $4.99 USD
Buy Add to Library Give as a Gift
How gifting works
Create Widget
Tags: fiction historical fiction rome ancient rome warriors women warriors fiction action adventure celts in spain games against humans rome historical women fighting against great odds real hunger games
About GJ Berger

You have subscribed to alerts for GJ Berger.