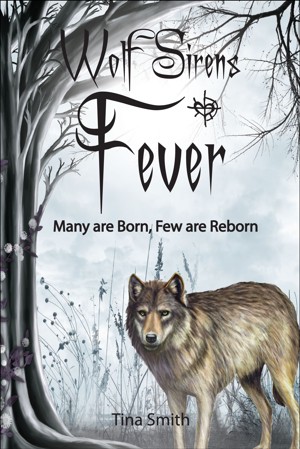 By Tina Smith
Rated 4.33/5 based on 9 reviews
A shadow has fallen over the heart lands of myth and reality.
Breaking away from the call of destiny and fearing betrayal, Lila makes a desperate escape in search of her lost beloved. The intensity between two ancient enemies ignites. The history of the wolf pack is revealed as devotion and desire in the underworld reaches fever pitch. Only, what will Lila do with the truth when she finds it. More
Will the huntress or her heart prevail? Temperatures rise as the inferno of desire still burns in the thrilling sequel to Tina Smith’s debut masterpiece of romance fantasy, Wolf Sirens Forbidden. But all is not as it seems in the shadowlands of myth and reality, where vengeance is sought. God Apollo set the flame, wielding a force to undo the virgin deity’s legacy. Increasingly, each successive huntress becomes more alluring to their rivals. The wolves struggle to both contain and resist their enemy, eternally cursed to an attraction powerful enough to tear the underworld apart. Marred and heartbroken Lila awakens in the scorching embers of grief, reborn. Every trace of Sky’s existence has been removed, all but one keepsake. Now she waits for the fearless divinity to take away her memories too. Never can she relinquish her forbidden, buried desire. Forsaken by the goddess of the hunt, her love remains and her fury for those who took him simmers. Led to believe she must remain in Shade for her own good Lila must flirt with what Cresida wants her to be, a trained killer. Haunted by his loss she holds a flame imprisoned in her soul, despite the steely exterior of the huntress threatening to extinguish it. Training tirelessly as the stoic guardian of Shade, inside, her beating heart calls his name.
She longs to leave in search of her beloved, no matter how much she belongs inside the confines of the valley, but is it love or revenge which motivates her? Biding her time she betrays her closest friends in a frantic escape from Shade, as the huntress becomes the hunted.
Good fortune is on her side, when a strange woman named Tisane - who assumes she is an escapee from the local Cult - unwittingly rescues her.
Informed by the scorned wolf, Sam, the calculating pack of wolves, known as the Cult, await the stray assassin’s eminent capture. Lila knows she cannot evade them forever and she isn’t going down without a fight.
The Cult pack are growing more cunning under their leader, Tisane’s sister, the new Alpha Queen of the wolves. If they find Lila they will cage her, a fate worse than death, but not if she destroys them first.
Has her predecessor Cresida deceived Lila, giving in to her half-breed blood? Or can she trust her friends to help her seek revenge? The sizzling intensity between two ancient adversaries ignites, dividing brothers, sisters and lovers.
The past is revealed: a secret love affair and the torrid acrimonious history of the pack. Ulterior motives are exposed as bad blood threatens to be spilled in a world where many are born and few are reborn.
Will Lila uncover the heart wrenching truth, before the wolves close in and what will she do when she finds it?
Available ebook formats: epub mobi pdf lrf pdb txt html
First 40% Sample: epub mobi (Kindle) lrf more Online Reader
pdb
Price: $4.99 USD
Buy Add to Library Give as a Gift
How gifting works
Create Widget
Tags: paranormal romance young adult werewolves wolf paranormal fantasy shifter teen romance paranormal books paranormal drama paranormal contemporary romance gothic romance series paranormal teens paranormal love romance
About Tina Smith

Author of the Y/A Wolf Sirens series and the Ghost Angel Trilogy. Tina has recently penned a vampire trilogy, entitled Eternal Guard.
Tina writes paranormal Y/A romance, featuring goddesses, angels, wolves, vampires, intrigue and action. Most recently she released a Children's book entitled, A Spooky Night with Nibbles.
Tina was born in the Bega Valley, on the Sapphire Coast of New South Wales. She currently lives in Adelaide, South Australia, with her two children. She is a Writer, Illustrator, Herbalist, Naturopath and Social Work student. Tina believes nothing beats first hand experience. She enjoys soaping, movies, reading, a bit of reality T.V, alone time and she is obsessed with creative writing.

Fever. Many are Born Few are Reborn
Lila becomes the huntress. But all is not as it seems. She flees in search of her beloved.

Reviews of Wolf Sirens Fever: Many Are Born, Few Are Reborn (Wolf Sirens #2) by Tina Smith

I was asked to read and review this series of books by the author Tina Smith! I have read all four books that are out in this series and let me tell you, I CAN NOT wait for the next book! This is a great series full of mystery, suspense, heartache, and romance that captivated me right from the beginning and held me until the last word of the fourth book!! I could not put them down! I love reading books that evoke an emotional response, be it laughing, crying, anger, frustration, etc. and this series does just that! This is a must read!! I am hooked on this series!! abookjunkysobsession.com

WOW this is an awesome series it just keeps getting better!! I love how in this second book it tells more about the different packs members in amazing detail. That read the part about Sam what a twist I mean I never saw that coming. This is a must read!!!!

I just finished Wolf Sirens Book 2: Fever by Tina Smith. I am so impressed by the characters and mythology behind the story. This is a must read if you have read the first book Forbidden. This book started where Forbidden ended. Fever also goes back and gives us background on all of the characters. Lila plans her escape after learning Skye is dead. She has to see for herself. This is a must read for werewolf lovers! And the Hunters who hunt them. http://harpsromancebookreview.com

(reviewed 7 days after purchase)
samantha chase reviewed on May 31, 2014

I received a copy of this from the author and can I say I absolutely loved every minute of this story . please check out my blog on this book
http://samsreadingaddiction.blogspot.com.au/2014/05/fever-many-are-born-few-are-reborn-wolf.html

I received a copy of this book in exchange for an honest review.

So much has changed since the story began in the Wolf Sirens Series (Forbidden).

Lila is taking her role as the assassin very seriously. Her new found role is taking its toll during this difficult time. She has a hunger for the truth and continues for its search. The friction between her and the wolf pack continues.

Does Lila find the truth? Will the Wolf Pack continue to elude everyone.. An enjoyable read.

I was given this book by the author for an honest review. This is the second book of the Wolf Sirens collection by author Tina Smith.

The book continues where the first book left off as Lila tries to deal with the loss of a love and becoming a hunter.

For me the flow of the book was a little bumpy because the author put in a few chapters to help tell the characters story. I think it would have been better in a different area then where it was.

The book still is a good read and you still get pulled into the adventure right along side of Lila. Who do you trust and who is telling the truth among the characters and the lies that have been told.

For any paranormal shifter romance lover this book will be a good read and throw you in to the next book in the series.

Fever, starts where Forbidden ended. While there is forward movement to the overarching storyline, there is significant back story for many of the characters involved.

While the background is interesting and well told, a couple times it was a little difficult to remember who was the focus for the chapter and what was going on in the current or present portion of the story.

Negatives aside and without having read the third book, this feels like a good bridge/background story between the initial/introduction book and the finale.

(reviewed 47 days after purchase)
Alaina (@ Reflections of a Bibliophilic Barista) reviewed on July 11, 2013

**Warning: if you have not read the first book in this series my review will contain spoilers**

The second book in the Wolf Sirens series starts out with a bit more on the legend and the gods that caused Shade to be the way it is, a couple new characters, and picks up with the Epilogue from book one. I have to say I really enjoy series that pick up without any space in between… that way I don’t feel like I’ve missed anything. The beginning of Fever starts out with Lila somewhere in between mourning and denial about Sky, while at the same time trying to figure out who she is as a hunter. This created a much bigger role for Cres which was a huge plus for me because I love her. I loved the fact that I got more insight into the backgrounds of all the different characters and how they became the way they were at the start of the series. The pace of this book was much quicker than the first one, and I found myself unable to put it down. Lila also slowly changed into a completely different character, and I found myself loving her as she became more and more huntress and less and less whiny teenager.

Once again I got to the end of this story and had to immediately download the next one. Tina Smith has a serious gift for riveting endings; she makes you feel like you absolutely have to know what’s going to happen. Overall I enjoyed this much more than the first book in the series because there was a lot more action and different chapters were written from the view of other characters.

(reviewed 15 days after purchase)
Monica Fellowes reviewed on June 27, 2013
(no rating)
Fever, starts where Forbidden ended. While there is forward movement to the overarching storyline, there is significant back story for many of the characters involved.

While the background is interesting and well told, a couple times it was a little difficult to remember who was the focus for the chapter and what was going on in the current or present portion of the story.

Negatives aside and without having read the third book, this feels like a good bridge/background story between the initial/introduction book and the finale.

I loved this book and the one previous. It was different and fast paced and a joy to read.

You have subscribed to alerts for Tina Smith.

You have been added to Tina Smith's favorite list.

You can also sign-up to receive email notifications whenever Tina Smith releases a new book.