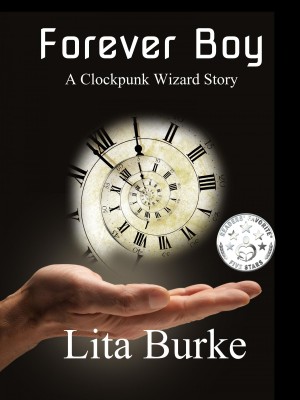 By Lita Burke
Rated 5.00/5 based on 2 reviews
A dog flees his cruel master, befriends a wizard, and discovers his shapeshifting magic. More
Life is dirty, difficult, and all too short for the dogs digging up the deadly mandrake roots that wizards animate with minor demons. A pup named Go Fer has an odd magical talent. He does not die from the fatal screams of newly-unearthed mandrakes. Go Fer’s master, a prideful minor magician, sees Go Fer’s talent as a fluke saving him the cost of replacing dogs killed by the mandrakes’ cries.

One morning, a young Wizard Kadmeion and his half-elf assistant Bright watch Go Fer at work. This mandrake extraction goes horribly wrong, and Go Fer runs away during the hubbub. After seeking out the wizard, the dog’s life is not the same. In fact, Kadmeion discovers Go Fer is no longer a dog.

An exciting life as the wizard’s familiar awaits Go Fer. Bright built clever clockwork men who pilot Kadmeion’s wonderful airship. Go Fer would have a new name, a new boy appearance, and he would fly with his new master between islands that float above the sea.

But Magic Guild law makes the mandrake harvester Go Fer’s master, and Kadmeion will not go against the guild. Go Fer must return to the dog-murderer, lose his wondrous boy form, and dig mandrake roots until he dies. Which will be the very next time, unless the clever clockwork man and the kindly wizard can get him out of this fatal mess.
Available ebook formats: epub mobi pdf rtf lrf pdb txt html
First 20% Sample: epub mobi (Kindle) lrf more Online Reader
pdb
Price: $0.99 USD
Buy Add to Library Give as a Gift
How gifting works
Create Widget
Tags: fantasy magic dog wizard spells magician airship clockpunk floating island hedge witch pellar
About Lita Burke

I’m an indie fantasy author. I’m an avid reader and enjoy downloading titles by new writers onto my Kindle. I work a day job and write my novels early in the morning before the day clutters up my brain. 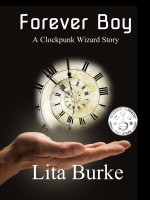 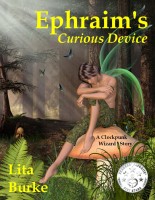 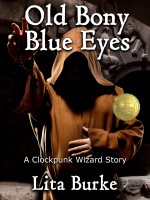 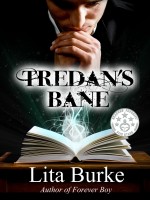 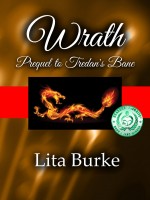 In the hands of an author who writes to a professional standard like Lita Burke, an airship manned by homunculi becomes a natural consequence of a well-thought-out magical world. Add to that some brainteasing logic:

"Wizardry is a contradiction. I cannot explain it logically.”
“That makes sense to me.”
“Truly? Then we are progressing.”

And you get an intriguing short story that sets the scene for a longer novel to follow that shows a lot of promise, Ephraim’s Curious Device.

Lita Burke has a talent for creating magical systems that work in a logical manner, with a price to expend for every act of magic. This strength is shown well in this prequel story, which also manages in a short time to establish several strong characters and to come up with some classic lines like;

"Wizard’s work was a pleasure and a madness. No wonder the university magicians rambled at times like daft bastards."

Clockwork and an airship are worked into this new word of wizardry quite neatly so that the mixture of traditional Fantasy magic and newer Steampunk references melds into a captivating story. I was particularly impressed with the point of view of the Forever Boy himself as a creature who started life as a dog and saw everything from that perspective as his magical nature was being established. This shows great promise for the story to follow and I am looking forward to reading it when it is released.

I didn't know what to expect going in but Lita Burke did not disappoint. Her love of fantasy literature is obvious from the onset as she paints a very unique and intricate picture of this new setting.
The story was extremely original, I've never read anything like it before. You may be a little lost going in to it at first, I know I was. I had never heard of this genre clockpunk before, but similar to the steampunk genre it is a world both familiar to ours, yet vastly different. Being thrown into the story the way you are at the beginning only makes you want to run and explore this immense new world, like a dog who has finally been let out into the yard.
The characters are very stoic and seem to have an almost mechanical nature at first (which is very fitting for a setting like this) but before the story is half over you find yourself warming up to them and genuinely wanting to spend more time with them. Especially Furgo, Bright and Copernicus.
Lita Burke weaves a very imaginative and exciting story with Forever Boy, and lays the groundwork for a very intricate and expansive fantasy series. I can’t wait to board the airship again.

You have subscribed to alerts for Lita Burke.

You have been added to Lita Burke's favorite list.

You can also sign-up to receive email notifications whenever Lita Burke releases a new book.