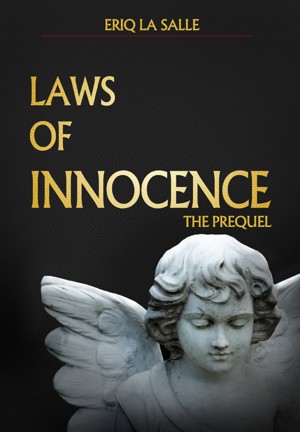 By Eriq La Salle
Rated 4.00/5 based on 1 reviews
10-year-old Joaquin adored and worshiped his mother, his grandfather, and God. His life was blissfully sheltered and filled with love until the day he was tragically robbed of his innocence. All of New York would soon discover that vengeance and justice sometimes come from the most horrific and unlikeliest of sources.

Actor/director Eriq La Salle is best known to worldwide television audiences for his award-winning portrayal of the commanding Dr. Peter Benton on the critically acclaimed and history-making medical drama "ER". Educated at Juilliard and NYU's Tisch School of the Arts, his credits range from Broadway to film roles opposite Eddie Murphy in "Coming to America" and Robin Williams in "One Hour Photo." La Salle has maintained a prolific acting career while at the same time working steadily as a director, taking the helm for HBO and Showtime in addition to episodics such as "Law & Order", "CSI: New York" and "A Gifted Man", to name a few. This year he marks the beginning of the third element of his triple-threat career with the publication this summer of his first book in a trilogy, the page-turning thriller "Laws of Depravity".

Great short story. Thanks for the free read!

You have subscribed to alerts for Eriq La Salle.

You have been added to Eriq La Salle's favorite list.

You can also sign-up to receive email notifications whenever Eriq La Salle releases a new book.