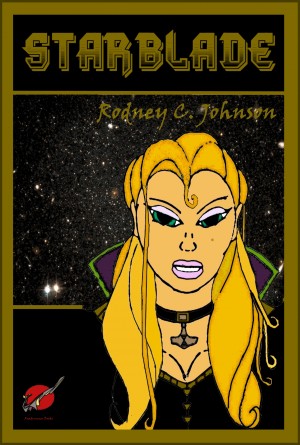 By Rodney C. Johnson
Rated 5.00/5 based on 1 reviews
The year is 2030, and the planet rebuilds in the wake of World War III, the "War on Terror". Frederika von Gotha, Duchess of Saxe-Coburg, a synthetic person, called a Morningstar, serves as a spy for her tiny nation. Being the perfect honeypot helps! She is given a mission, learn about the mysterious Falcanians and the secrets they keep hidden away on their artificial island.

This is the story of the apotheosis of the human species. Human and machine combine, and in doing so, humanity goes from man into superman. While those who guard God’s throne, are soon replaced in a Heaven like no other, by Stormangels. 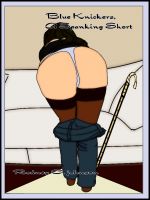 A sci-fi reminiscent of the golden era when men were men and women wore mini skirts so you wouldn't notice the gun they held behind their back. Written in a style that flows from the technological to the bedroom, Starblade tells the story of Frederika, a Morningstar (an artificially constructed human) whose brains, sultry beauty and lethal skills make her the perfect choice to infiltrate the island of the Falcanians - a self made species of genetically enhanced humans whose power, strength and resources could tip the scales in a post apocalyptic war for control of the world. And getting inside is easy. Shar-Khan, the Falcaninan leader, is taken with her. But can she keep her mission a secret? What will happen if she is discovered? And what is the dark presence that seems to be swirling, almost undetected, among them?

Starblade, the first of a trilogy, sets the stage for the next books to come, and I for one am looking forward to them!