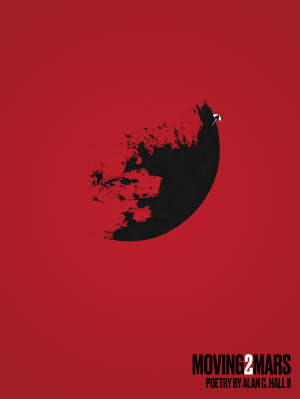 By Alan C Hall II
A poetic journey through life, love, morality and opinion. A man's views regarding history, standards, rights, and other significant tribulations and hopes... concluding to one's own vindication. A ten year creative process condensed into eleven chapters of poems, lyrics and summaries. Many may relate to each subject, while others will more than likely exile. The mind's a machine worth exploring. More
Earth… confusingly opposed to new direction, manufactured perfection… exception is form reflection. Waking the day away within another laid betray, steaming my soul to stay… yet wisdom wrote the anchor bay. So one must proceed to achieve what one needs… be it elsewhere, yet everywhere here won't fulfill the flare.

Questions arise… no mental's surprised, the night is mesmerized with red disguised… Mars I'll make my manic rise! Placed the poet, artist, designer, musician on a particular mission of no submission… no more following fiction the world envision non. For man is man gone, back home one must be wrong… while the Moon's a boom of Pong, my need's much more than song. Simplistically enticing with your soul inviting… this is writing far before, lyrically exciting. Minus icing.

Alan C. Hall II, also known as Hallzzz..., an artist of numerous forms of medium, including graphic and web design, music, poetry, and art. He has made it his life's mission to influence, innovate, and evolve what is considered art while blurring the lines between each with absolute precision.

A tea 'drinkingly' athletic, detail-oriented, tech-savvy, and weirdly apparent man from 1984. Not the book/movie but the year. Former Navy sailor of eight years with a martial arts/boxing background and bully repellant.

Man of few words, yet when he speaks... it's powerfully enticing! His way with words spurred at a young age as a student of lyrics, rhyme and poetic expression. It has later evolved from just art to everything that he represents presently.
Connecticut born and currently residing in Austin, TX. Man on a mission... catch him if you can. 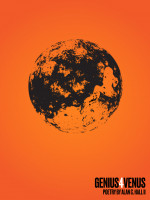 Would you like to favorite Alan C Hall II?

You have been added to Alan C Hall II's favorite list.