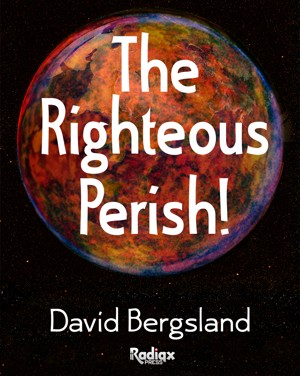 By David Bergsland
The righteous perishes, and no man takes it to heart: and devout, merciful people are taken away, no one understanding that the righteous are taken away from the evil to come [Isaiah 57:1]
Here begins a tale of wonder as the plans of the Lord are revealed to a church which had not considered the wisdom and complexity of God’s love for us. More
This is an exciting story about a pastor and her husband who are called to finish the harvest in Santa Fe and then move on to Monaco. In the process, we find out how the Lord may work in the process of correcting the earth in preparation for the coming of the King of kings.
We are asked to open our hearts and minds to accept the very real possibility that Jesus meant what He said by telling us that no one knows the day nor the hour. All we need to do is remember how the religious of the day missed it when Jesus came to the manger. In fact, as you know, few figured it out until after He had risen back to be with the Father.
Parts of this scenario may look outrageous but they fit biblical prophecy and are possible!
We must be open to the very real possibility that we really do not know how it’s going to happen.

We only know that the King is coming soon!

As a hippie in the late 1960s, and a graduate of the University of Minnesota with a BFA in Printmaking, he wears the title of Jesus Freak proudly. David has been an artist and designer since 1967 (as far as he can recall that far in the distant past).
He actually started his design career working for an occult publisher in St. Paul. He spent several wasted years as an ego-maniacal heathen fine artist until he found his true calling as a creative called by God to produce beauty for the kingdom.
That has not been a straight or easy path. Through the years he has tried many media, produced thousands of pieces (most that were pure trash) and taught hundreds of students practical graphic design & digital publishing in 2-year colleges.
In recent years he has pulled out of the public arena entirely. Though not a hermit, he is certainly a recluse, living in a small 2-story, brick home that is over a hundred twenty five years old on a tree-lined street in Mankato, Minnesota. Mainly he writes now, of his experiences and beliefs. Increasingly, he writes fiction.

You have subscribed to alerts for David Bergsland.

You have been added to David Bergsland's favorite list.

You can also sign-up to receive email notifications whenever David Bergsland releases a new book.