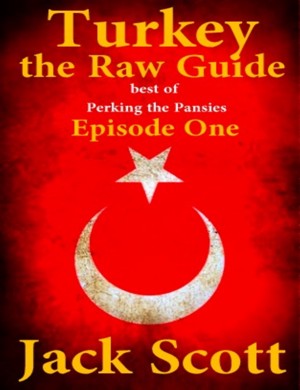 Now that Jack and Liam's sweeping Anatolian adventures are behind them, Jack is publishing the best of the blog as a two volume e-book. The uncensored director's cut includes previously unpublished material and some solid home-spun practical advice about living the dream. Visas, tax, banking, working, customs, healthcare, schools for the ankle biters - all the boring stuff is in there. Jack likes to be functional as well as decorative.

Jack Scott was born on a British army base in Canterbury, England in 1960 and spent part of his childhood in Malaysia as a ‘forces brat’. A fondness for men in uniforms quickly developed. At the age of eighteen and determined to dodge further education, Jack became a shop boy on Chelsea’s trendy King’s Road: ‘Days on the tills and nights on the tiles were the best probation for a young gay man about town.’ After two carefree years, Jack swapped sales for security and got a proper job with a pension attached. By his late forties, passionately dissatisfied with suburban life and middle management, he and his Civil Partner Liam abandoned the sanctuary of liberal London for an uncertain future in Turkey.

In 2010, Jack started an irreverent narrative about his new life and Perking the Pansies, quickly became one of the most popular English language blogs in Turkey. Within a year, Jack had been featured in the Turkish national press, published numerous essays and articles in expat and travel magazines and contributed to the Huffington Post Union of Bloggers. As the blog developed a head of steam, a growing worldwide audience clamoured for a book. Jack duly obliged and his hilarious (well, he thinks so) memoir, Perking the Pansies, Jack and Liam move to Turkey hit the streets at Christmas 2011.

The book became a critically acclaimed, award winning best seller and its success has opened out a whole new career for Jack as an author. Jack and Liam decided to end their Anatolian adventure and paddle back to Britain on the evening tide. They currently live in Norwich, a beautiful cathedral city in eastern England. Jack's now on a Turkey roll. He's released the best of the blog as a two part e-book, Turkey, the Raw Guide and Turkey, Surviving the Expats. The uncensored director's cut includes previously unpublished material together with solid advice about the extra-ordinary land that Jack called home for four years. Jack likes to be functional as well as decorative. 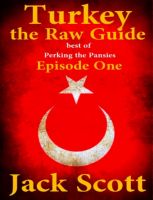 Also in Series: The Best of Perking the Pansies

You have subscribed to alerts for Jack Scott.

You have been added to Jack Scott's favorite list.

You can also sign-up to receive email notifications whenever Jack Scott releases a new book.