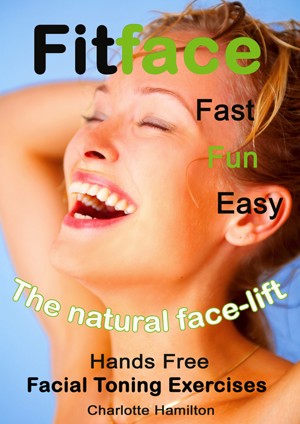 Born in 1956 in Dorset, England into the poorer end of the land of gentry and spending the first 4 years of her life on her Grandfathers' mini (400 acres) country estate. Her parents were both flamboyant characters that separated when she was 7 years old while at boarding school (there to shield her and/or as a respite from family problems). The fat, ugly duckling grew up (in the shadow of her gorgeous outlandish mother) to become a swan and she left home.

From working Jersey in the Channel Islands she ended up living and marrying trice in Californian and still in her twenties gave birth to her only child, a daughter. Her thirties were less exuberantly spent in the south of England where she wrote her first book which was about “dating” which was very successful. After which she briefly lived in the Bahamas for employment as a General Manager but her daughter was constantly ill with from the heat and the mosquitoes bites so she left. Her forties were her "mixed up" stage with yet another disastrous marriage, compounded by and her daughter's horrendous accident in which she sustained 21 fractures to her face.

When her daughter left university they intended to live in California but her daughter had” fallen in love” on the last leg of her Gap Year and wanted to return to Australia to be with her new love. Charlotte decided to make a new start in Florida where she had been regularly visiting for the previous 5 years. There she began to write the first Fitface.

However just 2 years later, just when Fitface 2- Hands Free Facial Toning was published her mother in England had a fall and Charlotte returned to Sussex England look after. She remains there and has now written Fitface 3 - The book on face exercises full of 10 minute routines. Charlotte has appeared on TV and radio both in the USA and UK including ABC News, BBC radio Solent and various newspapers and magazines both on and offline.

ABC News at 5pm wpbf – Fitface News
Looking your best at every age without surgery.

Fitface fun with Charlotte & Karen
Fitface hands free facial exercises video clip is presented to you by Karen Romani VP of www.Fitfacetoning.com and Charlotte Hamilton author of Fitface - The Natural Face Lift, Hands Free Fun Facial Toning Exercises, a new book from Europe. Fitface facial exercise is the way to look for ever fabulous at any age. Fast, fun and an easy way to a natural face-lift that lasts.

You have subscribed to Smashwords Alerts new release notifications for Charlotte Hamilton.

You have been added to Charlotte Hamilton's favorite list.

You can also sign-up to receive email notifications whenever Charlotte Hamilton releases a new book.