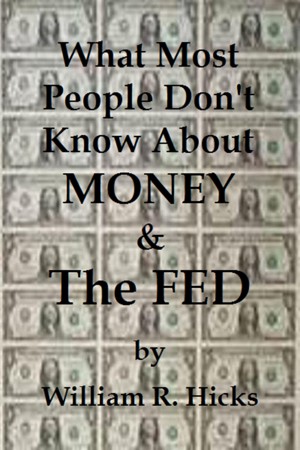 What Most People Don't Know About Money & The Fed

By William R. Hicks
A short nonfiction book about the origins of money and The Federal Reserve System and its part in WWI, The Great Depression, WWII, the Korean War, the Vietnam War, and both Gulf Wars, as well as the income tax, national debt, inflation, fractional reserve banking, recessions, and the financial collapse of 2008.

William Raymond Hicks is a native of Southern California who met his wife, Elise (also a Southern California native), in 1996 through a transformational workshop environment called Lifespring (now M.I.T.T.). During much personal growth together, William was inspired to begin painting, as well as to co-write Wings: The Journey Home, with Elise in 1997. “Wings” is their first joint book, Our Experiences As Ghosts Aboard Titanic is their second, and ‘The Workbook’ for “Wings” is their third. They have also published 50 Poems & Musings for Ropepullers, which they co-wrote with their brother, Joseph Hicks.

William has been painting, journaling, writing poetry, and creating his own works of both fiction and non-fiction. He has written a series of non-fiction books called What Most People Don’t Know…, which touches on alternative views of topics such as The Bible, cancer, money, and life purpose. William has also written a series of fiction books called Adventures with Joe, in which he and his brother, Joe, time-travel together to both the past and the future, come face to face with the paranormal, enter a wormhole to another dimension, and come face to face with alien visitors.

William is working on several other books with both Elise and Joseph, as well as more of his own works. William and Elise are students of history, psychology, self-empowerment, metaphysics, and quantum physics, and their intention is to teach what they have learned in a unique, fun, and inspiring way.

Also in Series: What Most People Don't Know... 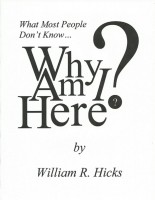 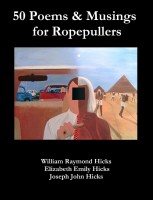 You have subscribed to alerts for William R. Hicks.

You have been added to William R. Hicks's favorite list.

You can also sign-up to receive email notifications whenever William R. Hicks releases a new book.