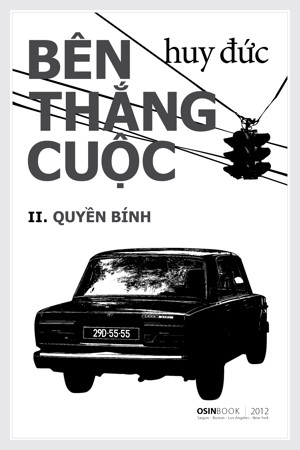 A must read for anyone who wants to know the truth about the political situation in Vietnam.

A great book to read, to know something different from what is officially published. Highly recommended.

Some thoughts on the book: The book opens up a new horizon for me to discover Vietnam´s history. From the book, I realize that, indeed, Vietnam have been devastated by the misuse of a "religion", that is Communism, in which they recite their ´undeniable´books written in a tongue they do not even understand and impose them upon their nations. The Communist is not the atheist in reality. Communism itself is just a variation of religion. Control or limit other religions, and force other people to pursue their compulsory study of their religion - as it was and is in Communism. What the Communism missionaries practices is exactly the same with other religions in attempt to popularize their belief. Up to present, the fact that communism is still provided in every course at high-education level, police is not allowed to marry a so-called ´religiously sensitive´ spouse and so on are the examples. Overall, I highly appreciate this book and deeply respect the author for this publication.

You have subscribed to Smashwords Alerts new release notifications for Huy Đức.

You have been added to Huy Đức's favorite list.

You can also sign-up to receive email notifications whenever Huy Đức releases a new book.