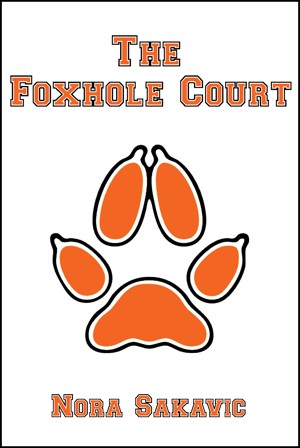 By Nora Sakavic
Rated 4.74/5 based on 19 reviews
Neil Josten knows signing with the Palmetto State Foxes is a fatal mistake. After eight years on the run he ought to have better survival instincts, but one of his new teammates is a friend from his old life. Neil left him once; he can't walk away a second time. The longer he stays the faster his past catches up with him, but maybe Neil's finally found someone and something worth fighting for. More
Neil Josten is the newest addition to the Palmetto State University Exy team. He's short, he's fast, he's got a ton of potential—and he's the runaway son of the murderous crime lord known as The Butcher.

Signing a contract with the PSU Foxes is the last thing a guy like Neil should do. The team is high profile and he doesn't need sports crews broadcasting pictures of his face around the nation. His lies will hold up only so long under this kind of scrutiny and the truth will get him killed.

But Neil's not the only one with secrets on the team. One of Neil's new teammates is a friend from his old life, and Neil can't walk away from him a second time. Neil has survived the last eight years by running. Maybe he's finally found someone and something worth fighting for.
Download: epub mobi (Kindle) pdf more Online Reader
rtf lrf pdb txt
Price: Free! USD
Add to Library
Create Widget
Tags: young adult college sports new adult college athletes
About Nora Sakavic

Reviews of The Foxhole Court by Nora Sakavic

This was a pretty good series, I definitely got attached to the characters and was even interested in the made-up sport (why can't Exy be real? I might actually spectate that lol) but be warned there is a pretty graphic rape scene (2nd book), and multiple instances of graphic violence/death throughout the series. Plus abusive behavior and unhealthy coping mechanisms/character interactions at times. Just be aware if any of this is triggering for you. I do give kudos on the importance of consent to the main relationship though.

Oh and elite/serious sports players would not be smokers lol that's the one bit of disbelief I couldn't get myself to suspend x'D (I could see Andrew doing it because he's got such a don't-give-a-shit attitude but Neil? Wtf makes no sense even with the reasoning we get at the beginning, that seems like something which he should only do very rarely). And the way Andrew's "medicine" worked seemed rather unbelievable as well.

I actually came to learn of the existence of this series All For The Game through pinterest. I was searching for inspiring couples and i found alot of Neil-Andrew art. It got me curious and i eventually found out about the books. Having gone thus far, i decided to give the foxhole court a read and see whether the trilogy was worth a shot. Pleased to say...it is. I love it. I came for the pinterest-famed Neil-Andrew art and fell inlove with exy, with the character dynamics and with the storyline as well. What more can i say? Five Stars

This book is great, the characters are interesting and the plot twists work well. I purchased other two books and regret nothing. Quality content I have been looking for

I loved these books so much that I just bought all three in paperback. Looking forward to reading them again! The characters just stole my heart.

So good!! Ahhg, the ending had me in tears! For my birthday getting the next two books and can't wait to read them over an over again. The characters are amazing and so well written. While this book may not be fo everyone it definitely was one worth reading for me. It was so good I had to pass it on to my friends for them to enjoy aswell. I love the journey we get taken on in Neil's life and with his team, I seriously can't even say it enough how good this book is! This book tells such an important and just as empowering lesson that sometimes blood isn't always as much of a family as the people you surround yourself with.

No words. This series has helped me through some real tough shit. It's not for everyone but it's fantastic.Five stars for all of them.

I am only writing this review in response to Feather Qwill. I usually let honest negative critiques go - they just don't like the book and they have their reasons. There are only two types of reviews that get to me: hard-core Christians who didn't "realize" the content of a book was against their faith, and people who criticize fiction for not being realistic enough.

Oxford Dictionary describes fiction as "literature in the form of prose, especially short stories and novels, that describes imaginary events and people."

If you didn't like the characters, fine. You're entitled to that.

If you tell me "The sports-world works in a way completely out of step with how it does in reality," I put my foot down. Corruption is rampant in sports. No one wants to address important questions such as CTE even though they affect players of all ages because it is not expedient to their goals. What's wrong with making an imaginary sport corrupt in other ways?

But EVEN overlooking this fact, the author chose to make her sports world this corrupt. And you know what, that's okay. It would be one thing for you to say you found drugs and violence somewhat excessive, but it is another thing entirely to deny her artistic liberty by saying things like "Antipsychotics do not work like this, folks." Well, they could.

I think the reviewer would be better off looking in "nonfiction" for more accurate depictions of life and leave books such as All for the Game to those that have the imaginary capacity to accept a world different from our own.

While this isn't unreadable, it is pretty poorly conceived. The sports-world works in a way completely out of step with how it does in reality (players carrying weapons on the field, doing drugs & no one trying to stop them--antidoping, anyone? drug tests consist of forcing the kids to disrobe so a doctor can check their arms for track marks, cause apparently arms are the only place IV drugs can be inserted. not blood tests.--coach completely disengaged from the team's training & not even attempting to have them work together, etc, etc, etc.) as does pretty much everything else. Antipsychotics do not work at all like this, folks.

And for some reason the sports-obsessed main character knows 100% more about the team members' personal lives and troubled pasts than he does about how the team actually functions. I don't think he's ever even watched one of their games--he comes across less sports fanatic, more fanboy. Except only one of the players is a star big enough to even have a fan following, so again???

But characterization was the real problem for me. A team supposedly created by a coach to give kids from troubled families/backgrounds a chance at creating new lives for themselves is allowed (sometimes encouraged) by the same coach to to the following:
-Pressure a kid from an abusive background to join them with verbal abuse & threats of violence.
-Continue to threaten & commit acts of violence on other teammates, drug them, verbally abuse them, etc. This behaviour is supposedly "discouraged," but there is a clearly well-known history of it, the perpetrators are never punished (or, you know, kicked off the team?)
-and more.

Plus, everyone but the MCs' stock response to being 'troubled' is to be a violent, amoral sociopath in this, and that's supposed to be 'deep.' Or maybe 'edgy.' Hard to tell, because it really isn't either.

I don't know, I can't help but thinking the only way this story would make any sense at all is if it was transplanted to a sci-fi prison planet with absentee prison guards.

Such an amazing roller coaster ride of emotions from start to finish, the characters are loveable and incredibly interesting. I'd highly recommend it, even if you arent a sports fan, or have never heard of exy (if you have any confusion the wikia is very helpful.)

My girlfriend directed me towards this book, since we're always on the hunt for LGBT-related media. At first, I didn't know if I would be interested in a sports book that seemed so full of drama.

I finished the entire series in under 48 hours. That's how much this story and these characters came to mean to me. These books are very well paced, taking a realistic time to reveal all the twists and turns, and for getting to know the characters as well.

I am also impressed by the sincerity and sensitivity that comes through with the writing, considering the diverse experiences the characters have.

It's so wonderful to have an LGBT series this good!! Go Foxes!!!