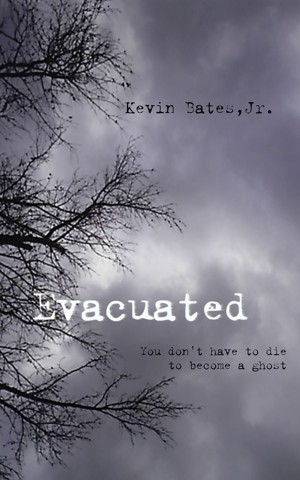 My name is Kevin Joseph Bates Jr. I was born November 13, 1985 in Kenner, Louisiana and from that time to this, I have done all that I know how to make my name memorable to any who knew it. I was told that when I was born, rather than clinching my eyes shut and crying, I opened my eyes wide and looked around the room. Observing, noticing, and taking in this new and larger world that I was pushed into.
The first time I even considered writing was in fifth grade with the help of my first best friend Jonathan Batiste. He showed me a large document which was an original anime-like story written by him and his older cousin, and at seeing that a person my age could actually create their own unique stories, I began the task of vigorously perfecting my writing and storytelling skills. I found that I took to it naturally.
I was always able to pick up new words from the strangest sources and effectively add them to my usable vocabulary. And though I have had, and to some extent still have, a stuttering problem since second grade, I have always had a vernacular to match and surpass many adults I knew. My stuttering problem was never as much of hindrance to me as it should have been, save for the time that I was rejected for military enlistment because my impediment was considered a gross danger to communications. The argument I could have used is that I don’t stutter much now because of decades of speech therapy, but I wasn’t exactly crying when they said I couldn’t go into the military.
By the time I was in my senior year of high school, I had at least a dozen plus story ideas, several of which I typed out and printed, but none of which I was ever able to get into past the first two chapters.
Then, all at once almost, I got an epiphany for a story by taking a bizarre twist on a video game my younger sister was big into. In the game the characters could die and when they did, a phantasmagoric figure of death would appear. Oddly, the surviving characters could communicate with death and beg for the life of the fallen one. This tickled the back of my mind and eventually had me asking the question, “If death could be bargained with for the life of a mere human, what could one possibly offer him in return?”
It was at church about a week later that the ideas for my first book combined, culminated and completed themselves in my head and I resolved for all the years that I spent writing that I would write this story and see it all the way through until the last ‘t’ was crossed and the final ‘i’ dotted. The book was finished inside of five months.
At present, I have two books written, and both were completed before I even made 20 years old. An accomplishment that me and my family are tremendously proud of. With these done, I now look forward to January of 2006 when I plan to begin my third book. I’m not certain where my writing will lead me, but I’m going to love my available part of the written word. If just because it is my own.

Reviews of Evacuated by Kevin Bates

You have subscribed to alerts for Kevin Bates.

You have been added to Kevin Bates's favorite list.

You can also sign-up to receive email notifications whenever Kevin Bates releases a new book.