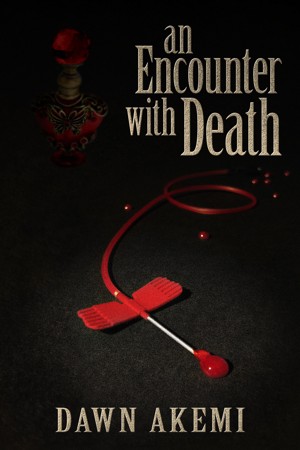 An Encounter With Death

Dawn grew up in Hawaii, where the warm ocean breezes filled her spirit with an active imagination and deep wanderlust. She left at 18 to work her way through college in Washington D.C., and then pursued a variety of careers on both coasts, and middle of the Mainland, U.S. She has been a Certified Public Accountant, a sales representative, a chef's apprentice, a server, an actress, a comedianne, and a writer. A zest for travel has taken her as far as Europe, Australia, the Far East, and Canada. Her journeys and experiences have given her a love of storytelling which she believes to be the heartbeat of the soul. She lives in Los Angeles with her two doggies and live-in gentleman caller.

Stories inspired by her life are blogged at www.dawnakemi.com.

Reviews of An Encounter With Death by Dawn Akemi

(reviewed 4 months after purchase)
Gail Smith reviewed on June 13, 2013
(no rating)
WOW............ What an awesome story. You have such a gift with words. I could feel every emotion that Vanessa felt. It was like you were right there. Enjoyed it very much. Look forward to reading your next story. I give it at least a 5 star rating.

(reviewed 4 months after purchase)
Mark Allman reviewed on May 15, 2013

Dawn Akemi writes very well. She turns words and makes them mold into a vivid description that takes you into another world of her making. This story explores a person's desire for death and where that takes her. The story makes you think what despair makes you want to do and if there is a way out. The story flows effortlessly. Ultimately it is a story of hope.

(reviewed the day of purchase)
David Hudnut reviewed on Feb. 1, 2013

If Edgar Allen Poe had been a woman who wrote gothic erotica, he would have written An Encounter With Death.

Both poetic and brooding, Dawn Akemi's short tale is a powerful look at the desperation we all feel as Americans burdened by the national obsession with over-achievement. Vanessa, the story's heroine, is ready to let go of that obsession. Her life is a mess. Nothing has turned out like she'd hoped. She invites Death into her bedroom, hoping to find release from the pain of failure by ending her own life. But she had no idea that Death would be so handsome…

Equal parts Literary short story and Erotica, Dawn Akemi's An Encounter With Death is thoughtful, provocative and thrilling. A great read for people who enjoy darker themes. In particular, there's some vivid imagery of the afterlife in Akemi's tale that I found to be uniquely entertaining.

An excellent short story. The writer's description of the book is spot on.

You have subscribed to Smashwords Alerts new release notifications for Dawn Akemi.

You have been added to Dawn Akemi's favorite list.

You can also sign-up to receive email notifications whenever Dawn Akemi releases a new book.